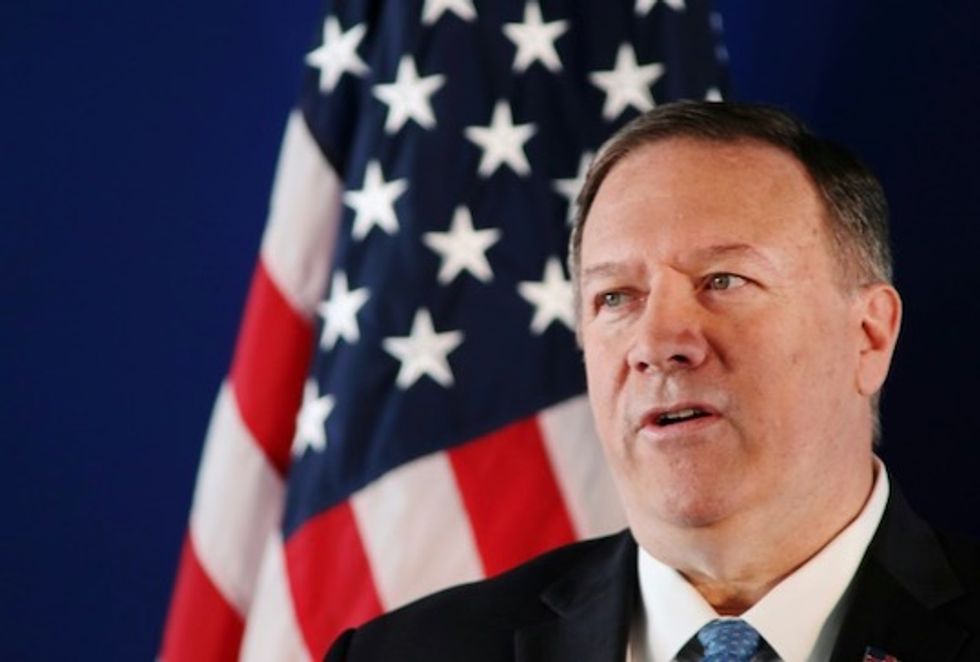 The United States said Tuesday it would curb visas for Chinese officials over "repression" of Uighurs and other Muslims in the western region of Xinjiang, a day after imposing commercial restrictions.

"The United States calls on the People's Republic of China to immediately end its campaign of repression in Xinjiang," Secretary of State Mike Pompeo said in a statement.

Pompeo called on China to "release all those arbitrarily detained, and cease efforts to coerce members of Chinese Muslim minority groups residing abroad to return to China to face an uncertain fate."

The State Department said it would restrict visas to Chinese government and Communist Party officials involved in "detention or abuse" of Uighurs, Kazakhs or other predominantly Muslim ethnicities in Xinjiang.

The order will also affect their family members, including children who may be seeking the prestige of an American education.

The State Department did not specify the names of officials who would be affected.

But lawmakers have asked the United States specifically to take action against Chen Quanguo, the Communist Party chief for Xinjiang.

Reputed within the party for his handling of minority groups, he earlier led iron-fisted policies aimed at curbing dissent in Tibet.

The Commerce Department on Monday blacklisted 28 Chinese entities including video surveillance firm Hikvision and artificial intelligence companies Megvii Technology and SenseTime over their involvement in Xinjiang.

Beijing voiced its "strong dissatisfaction and resolute opposition" over the move and denied there were any human rights abuses in Xinjiang.

Rights groups say some one million Uighurs and other Muslims are being held in a vast network of camps in Xinjiang aimed at homogenizing the population into China's majority Han culture.

Witnesses say that China has sought to force Uighurs to drop core practices of Islam such as fasting during Ramadan and abstaining from alcohol and pork.

China, after initially denying the camps, describes them as vocational training schools aimed at preventing the allure of Islamist extremism and violence.