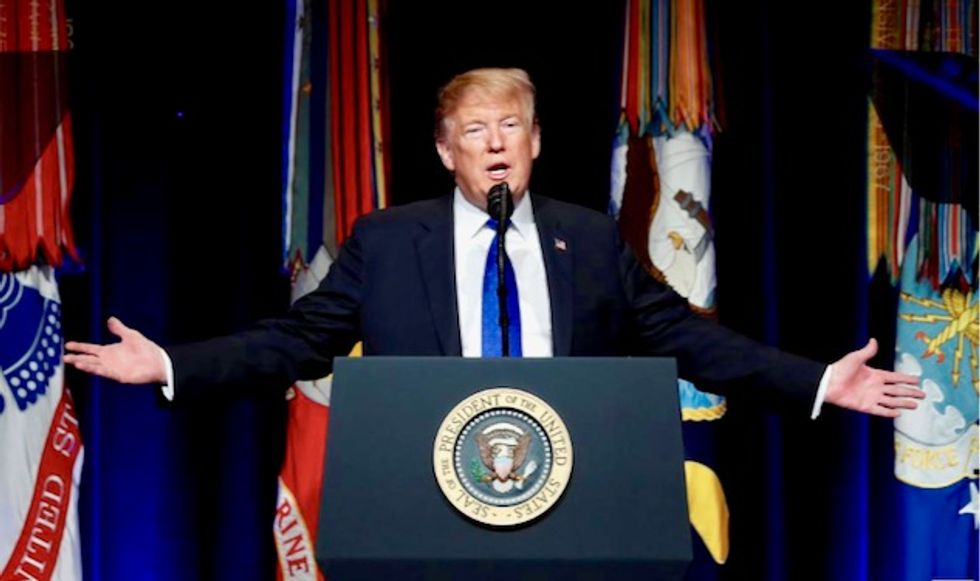 The Virginia Republican Party has suffered a long streak of failure. The once mostly-red state, shifting as the suburbs face a political realignment, has gone to the Democrats in three successive presidential elections and shut Republicans out of statewide races for a decade. Now, a critical legislative election next week could cost Republicans control of the General Assembly — the only state legislature they fully control in a state that voted for Hillary Clinton.

In previous elections, Virginia Republicans ran hard-right candidates as if the state was blood red. Gubernatorial candidate Ed Gillespie warned voters MS-13 would rape their families if Democrats were elected. And in the 2018 Senate race, they nominated Corey Stewart, an overt white nationalist who was so extreme he was fired from President Donald Trump's campaign.

But a New York Times profile of Virginia's GOP legislative candidates suggests the party has realized its precarious position. Many suburban candidates are now running not on their support for Trump, but on the common ground they share with Democrats.

For example, three-term GOP delegate Glenn Davis is touting his support of Medicaid expansion, gun safety, LGBTQ civil rights, and even proudly displaying a picture of himself with Democratic Gov. Ralph Northam (who mere months ago was so seemingly tainted by a blackface scandal it was unclear if Democrats would want to campaign with him.) This is despite the fact that Davis said he was "running to do exactly what Donald Trump did in Washington" while campaigning for lieutenant governor in 2017.

GOP state Sen. Glen Sturtevant, meanwhile, calls himself "independent minded" and also cites his support of Medicaid expansion. And Del. Siobhan Dunnavant, a candidate for an open state Senate seat, boasts in an ad that she "supported a federal ban on bump stocks used in mass shootings" — even though she voted to block a bump stock ban in the House of Delegates.

It's not hard to see why the GOP made this sudden reversal. A new Christopher Newport University poll of four key state Senate races found voters are turned off by support for Trump, and want Democrats to control the general assembly 51 percent to 38 percent.

"We haven’t had a quarterback for 10 years," said former GOP lieutenant governor candidate Pete Snyder. "When that happens you have a million people doing it their own way. Some will run on core conservative issues and some will try to bleed away the edges and run as Democrat-lite — not that I recommend the latter."