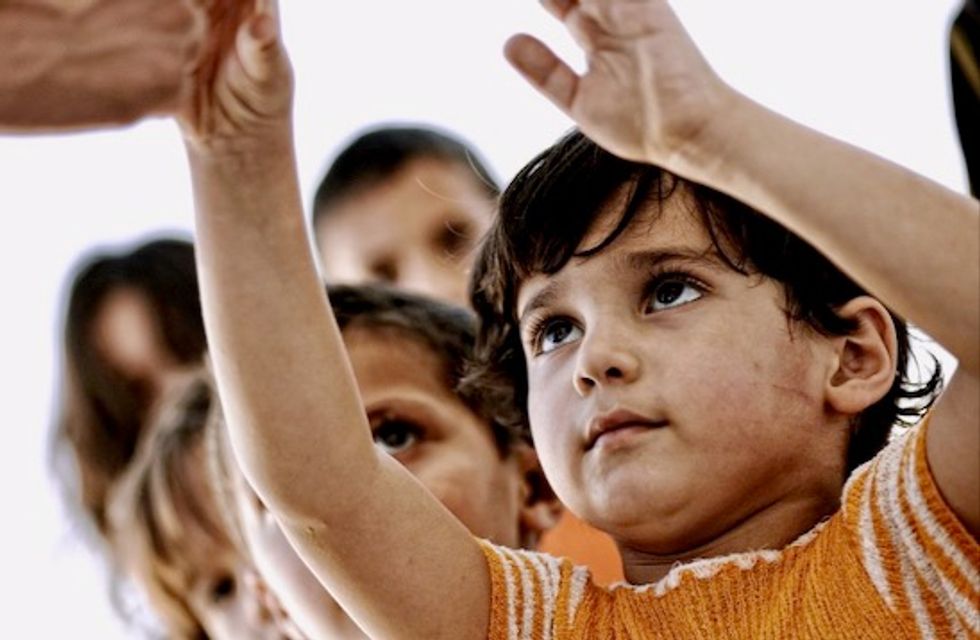 "The Trump administration's latest proposal to cut SNAP would leave millions of people, including struggling families, seniors, and people with disabilities, with less help putting food on the table."

In its latest potentially devastating attack on the Supplemental Nutrition Assistance Program, the Trump administration on Tuesday unveiled a proposal that would slash food stamps benefits by $4.5 billion over five years, a move analysts warned would increase hunger for millions of low-income families.

The new plan, announced by the U.S. Department of Agriculture (USDA), would cut food benefits for nearly 20 percent of the millions of households that use SNAP to afford groceries.

HuffPost's Arthur Delaney outlined the administration's latest rule, which he noted is the USDA's "third proposed cut to SNAP benefits in the past year":

Federal law allows households to deduct shelter and utility costs that exceed 50 percent of their net income. By taking the deduction, households can qualify for a bigger benefit. States are allowed to set standard utility allowances to avoid the hassle of figuring out individual households' specific costs.

The U.S. Department of Agriculture is proposing a more uniform national standard, taking the matter out of states' hands—a similar strategy employed in the two previous proposals to trim SNAP.

Stacy Dean, vice president for food assistance policy at the Center on Budget and Policy Priorities (CBPP), said in a series of tweets Tuesday that "the Trump administration's latest proposal to cut SNAP... would leave millions of people, including struggling families, seniors, and people with disabilities, with less help putting food on the table."

"While some households would see a small increase in benefits under the proposal, nearly 1/5 of SNAP households would experience an average monthly benefit cut of $30 per month," Dean tweeted. "That can be days or weeks worth of groceries."

"The Trump administration describes its SNAP proposals as a means to 'modernize' SNAP, but they all would reduce benefits or eligibility," Dean added. "Americans struggling to put food on the table will be worse off if the administration's regulatory agenda for SNAP moves forward."

The USDA's proposed rule, which is expected to be submitted to the Federal Register this week, comes days after the end of the public comment period for the Trump administration's plan to kick three million people off food stamps—a move that would also strip free school lunches from hundreds of thousands of children.

The proposal received more than 75,000 comments from ordinary Americans and political officials who warned of the "catastrophic" impact the rule would have on millions of people.

"There is absolutely no reason that a child should go hungry in our country," wrote one commenter.