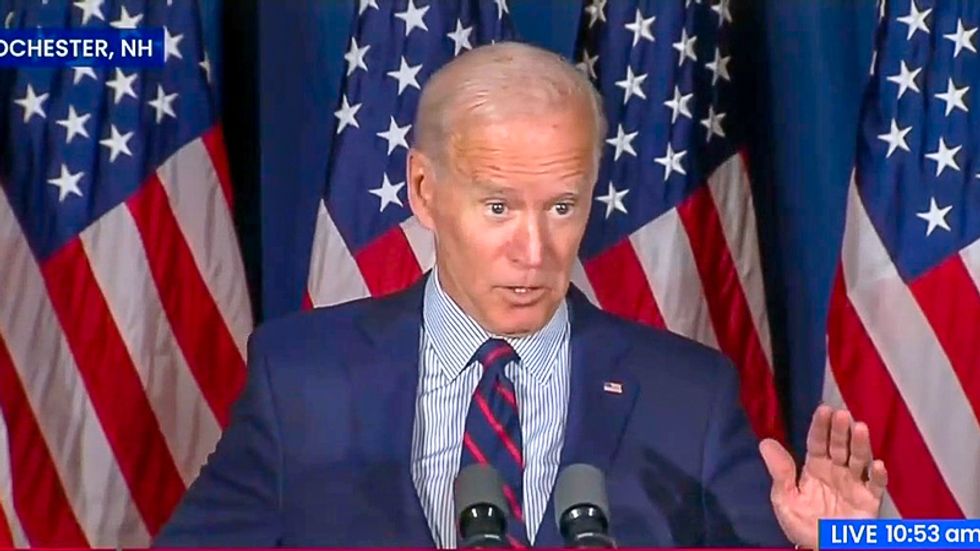 At a campaign event in New Hampshire on Wednesday, Democratic presidential candidate Joe Biden cracked up his audience by calling Trump's personal attorney Rudy Giuliani a "man of integrity.'

Biden told a group of supporters that Trump "should be impeached" because he "betrayed" the nation by asking foreign governments to interfere in U.S. elections.

"Now there is a report that not only did Trump send Rudy Giuliani, a man of great integrity..." Biden said, pausing for laughter.