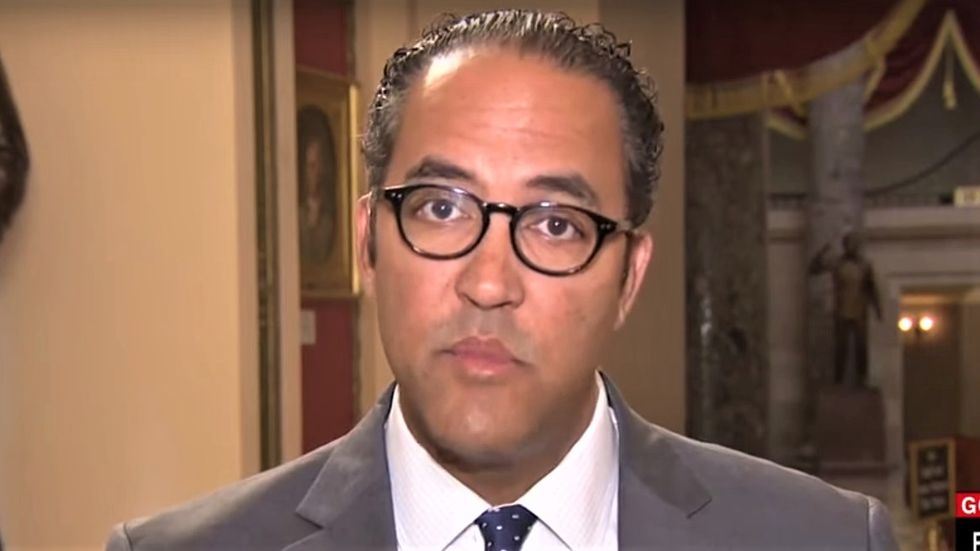 On Tuesday, Rep. Will Hurd (R-TX) discussed the impeachment hearings with CNN's Wolf Blitzer on "The Situation Room." Hurd, the only Black Republican in the House and a former CIA officer, was evasive in questioning — but ultimately agreed that President Donald Trump could be impeached if the allegations over Ukraine hold up.

"The top diplomat in ukraine, Bill Taylor, still testifying, and in his single spaced 15-page testimony said this: Referring to Ambassador Gordon Sondland, the U.S. Ambassador to the European Union, Ambassador Sondland told me President Trump had told him he wants President Zelensky to state publicly that Ukraine will investigate Burisma, that is the Ukrainian oil and gas company that Hunter Biden was on the board, and alleged Ukrainian interference in the 2016 U.S. election," said Blitzer. "In addition, Taylor said that Sondland told him that everything depended on that. His word, everything, including not only security assistance but a meeting with the president."

"That sounds like a quid pro quo directed by the president," continued Blitzer. "Does it to you?"

"Well, he also said — Sondland said this is not a quid pro quo," said Hurd.

"That is what Sondland said, but we're talking about what Bill Taylor said today. Quoting Sondland," cut in Blitzer. "And I assume you want Sondland so come back for more testimony."

"Sondland needs to come back and answer some questions and it is clear on what did the Ukrainians know and when." said Hurd.

"Do you believe it would be impeachable conduct to withhold $400 million in congressionally authorized and appropriated military funding for Ukraine in return for political dirt on the Bidens?" Blitzer pressed him.

"I think that would reach a level that we should be considering," said Hurd, adding, "But there is still a lot of questions — it is premature to have that conversation, Wolf.

Asked about President Donald Trump's comparison of the impeachment inquiry to a "lynching," Hurd condemned the president's words.

"It is a crazy statement and shouldn't have been said, and shows a leave of insensitivity to a horrific period in our history of our country," said Hurd. "It contributes to this notion that Republicans are not understanding of the plight of minorities. I wouldn't have done it. I would advise him to stay away from that, and this level of insensitivity to a dark period is not acceptable."