WATCH: GOP lawmaker headbutts camera after being asked if it's OK for Trump to extort Ukraine 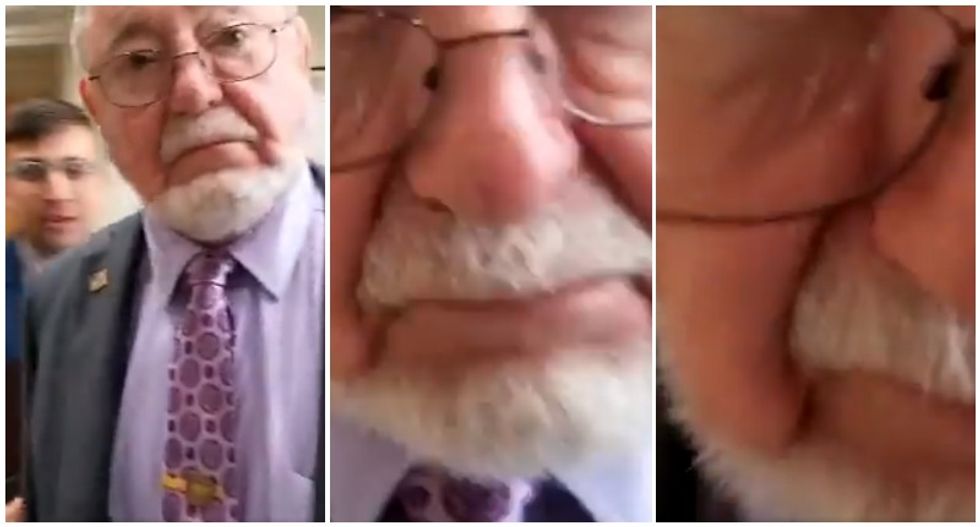 Rep. Don Young (R-AK) on Thursday headbutted the camera of a group of activists who were following him around asking him whether he was comfortable with President Donald Trump withholding aid from the Ukrainian government to get them to dig up dirt on his political opponents.

In a video posted on Twitter by liberal group MoveOn, an activist can be seen following Young around the Capitol and asking him if he approves of Trump encouraging foreign interference in American elections.

Young largely ignores the activist's questions and tries to walk away -- but the activist kept following him until he stopped to wait for an elevator.

At that point, Young turned around, looked directly into the camera, and butted his head up against it.

"There you go," Young said as he smiled and walked away without ever answering whether he believed Trump's efforts to strong-arm a foreign government to investigate his political opponents was acceptable.