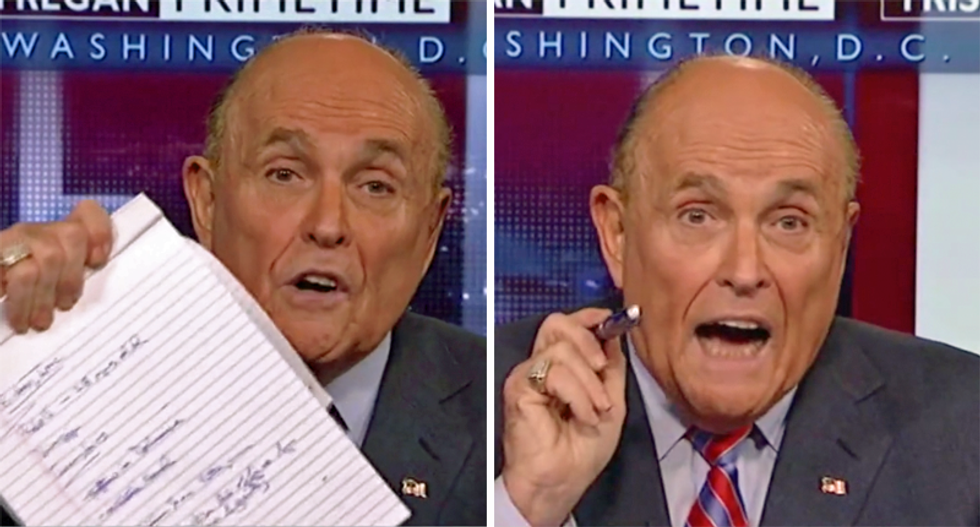 Fox Business host Trish Regan asked Rudy Giuliani why Trump was involved in any way with attempting to get multiple foreign countries to dig up dirt on Biden and his son, Hunter Biden.

"Because if he doesn’t do it, who is going to vindicate the laws of the United States of America?" Giuliani replied.

He then offered a new twist in his conspiracy theory, that Obama was involved.

"The reason the Democrats are fighting so hard is because it’s going further than Joe Biden," he predicted.

"Now, I don’t know how far it goes, but I know it goes further than Joe Biden," Giuliani said.