'We knew he was lying from the beginning': MSNBC's Morning Joe busts Trump's obvious lies about Ukraine call 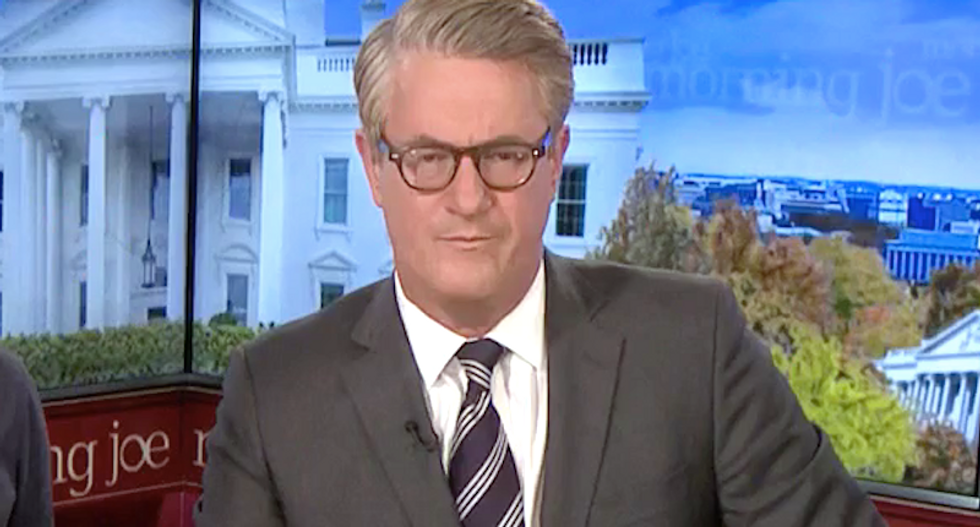 MSNBC's Joe Scarborough said President Donald Trump's lies about his Ukraine phone call have always been obvious, but a new White House witness revealed what was omitted from that call summary.

Lt. Col. Alexander Vindman, the Ukraine expert for the National Security Council, told House impeachment investigators the White House omitted crucial words and phrases related to Joe Biden, but Trump has been insisting the summary was a word-for-word transcript since the document's release.

"The lying is so -- it's breathtaking," the "Morning Joe" host said.

Vindman's testimony revealed White House efforts to scrub some of the more damaging portions of the president's July 25 call, which was the subject of a whistleblower complaint, but Scarborough said Trump's lies have been apparent since the summary was released.

"I mean, the actual document of that, quote, exact transcript released by the White House says on page 1, 'Caution, a memorandum of a telephone conversation is not a verbatim transcript of a discussion,'" Scarborough said. "'The text records the notes assigned to listen and memorial a conversation in written form as the conversation takes place, not a transcript.'"

"So we knew he was lying from the beginning," Scarborough added, "but now we find out that they would not put in the most damaging parts of that transcript and the lieutenant colonel tried to get them to do it, and they refused."