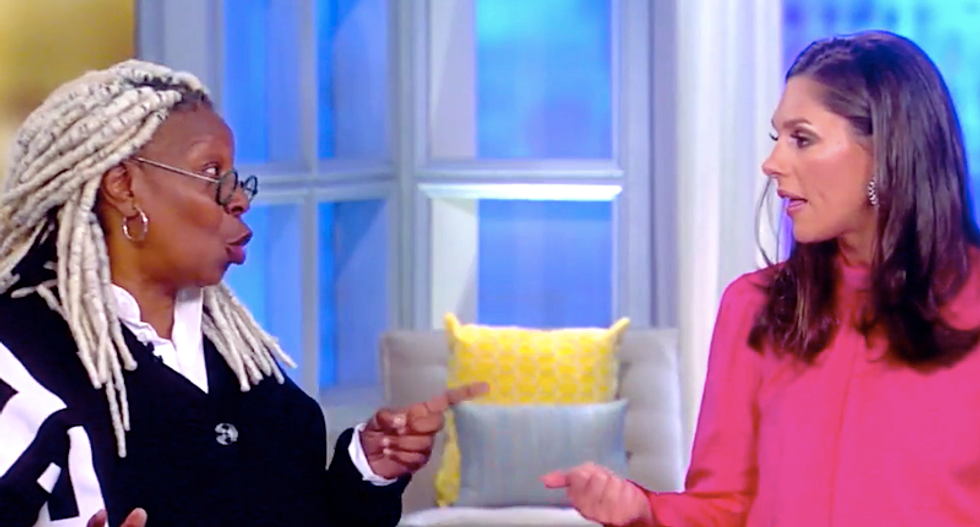 The panelists were discussing Tuesday night's debate with guest co-host Chelsea Clinton, who was sitting in for absent Joy Behar, and Huntsman praised the party's moderates.

"I give Mayor Pete (Buttigieg) and Amy Klobuchar kudos," Huntsman said. "Mayor Pete, who I have liked from the beginning, but last night was his best performance yet. (Joe) Biden also, but he delivers what Biden is saying, I think, so much better."

Huntsman and Goldberg clashed over the strength and thoroughness of Buttigieg's policy platforms, and the conservative co-host argued that his plans were more palatable to moderate voters.

"He does have a plan, and what I like about him is he says, let's live in reality," Huntsman said. "If you want to win this election, you have to give people a choice."

"He said, this is a purity test," she said. "That's never going to pass, so let's live in reality. Once again, I think that is the way to beat Trump. If you go so far to the left and say, we're going to live in this world that's never going to exist, you're not going to get people in the middle. They've going to have no option but to maybe vote for Trump again. That's what's going to happen."

Goldberg said her dynamics were all wrong.