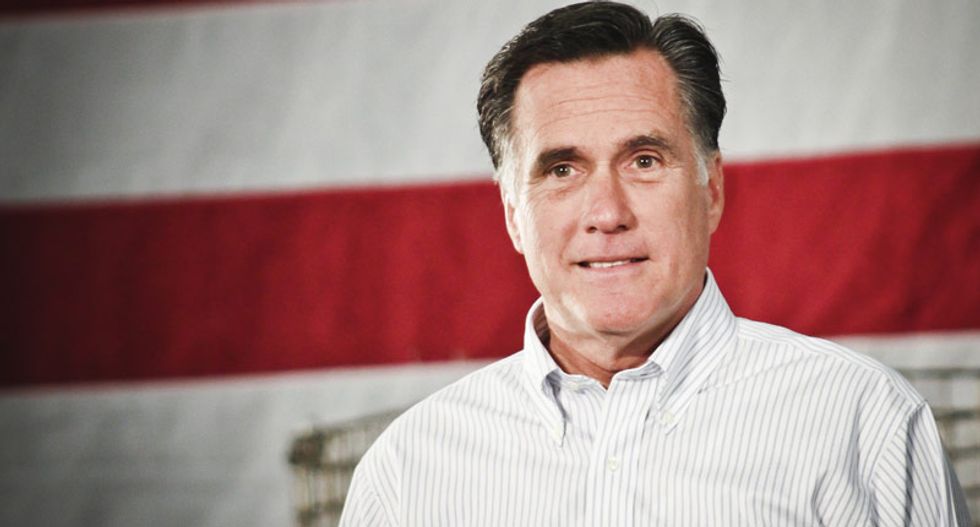 Sen. Mitt Romney (R-UT) turned up the volume on his criticism of President Donald Trump's solicitation of foreign election interference.

The Utah Republican on Sept. 22 called allegations from the whistleblower complaint "troubling in the extreme" but cautioned that more time was needed to investigate the president's call to Ukraine, but he inched closer to condemning Trump's actions Friday in a pair of new tweets.

"When the only American citizen President Trump singles out for China’s investigation is his political opponent in the midst of the Democratic nomination process," Romney tweeted, "it strains credulity to suggest that it is anything other than politically motivated."

The 2012 GOP presidential nominee said he was appalled that Trump publicly asked China and Ukraine to investigate the former vice president, while talking to reporters on the White House lawn.

"By all appearances, the President’s brazen and unprecedented appeal to China and to Ukraine to investigate Joe Biden is wrong and appalling," Romney tweeted.

By all appearances, the President’s brazen and unprecedented appeal to China and to Ukraine to investigate Joe Biden is wrong and appalling.
— Mitt Romney (@Mitt Romney)1570204950.0