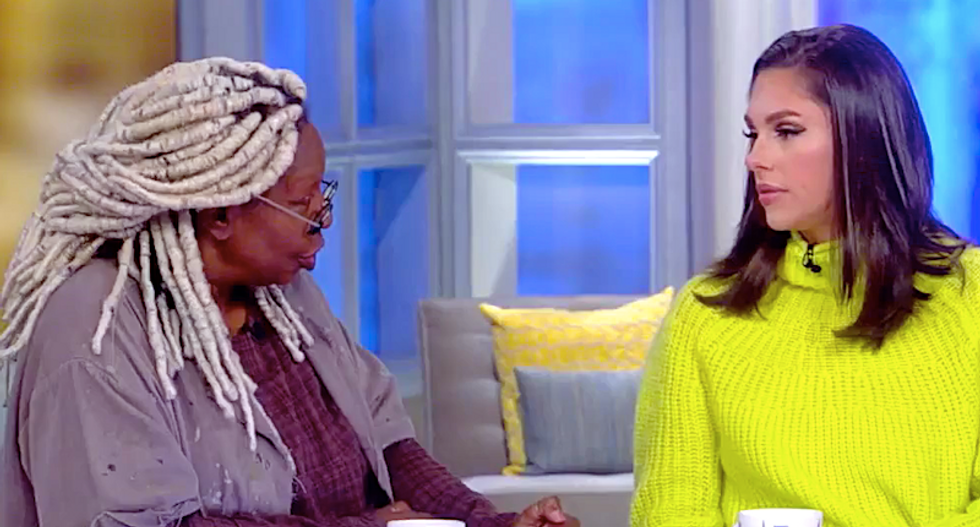 Republicans complained that Schiff, chairman of the House Intelligence Committee, cut off some of their questions to Lt. Col. Alexander Vindman, a National Security Council adviser who told lawmakers about the July 25 phone call between President Donald Trump and his Ukrainian counterpart.

Schiff says the questions were intended to reveal the whistleblower's identity, while Republicans complained the chairman interrupted them to "continually to coach the witness."

"This is why I think we have to have public hearings, because there are still a lot of questions like why some of that was missing from the call, why the transcript or whatever you want to call it, moved to another computer, classified server," Huntsman said.

Huntsman has generally been critical of Trump's actions toward Ukraine, but she swallowed the GOP claims about Schiff's oversight.

"Adam Schiff needs to be, I think, careful in the way that I haven't seen it, but Republicans are complaining they have been interrupted in questioning, and haven't been able to ask people the questions they want," she said.

Host Whoopi Goldberg reminded Huntsman that Republicans hadn't been honest with the public about how the hearings were conducted.

"You know better," Goldberg said. "You know. They said they weren't in the room. First they pretended there was no Republicans in there."

Huntsman agreed, but said Schiff should do more to appeal to Fox News viewers skeptical of the impeachment process.

"When Adam Schiff, also in moments after talking to these people, you mention Fox News and blast them," she said, "I find that not to only be a waste of time, but you're hurting what you're trying to do. The people that you're trying convince are the many people who watch Fox News. If you are going to convince Mitch McConnell or the Senate, you have to see the polls shift more than they have. They have to feel the pressure that they take this as seriously as the Democrats do."