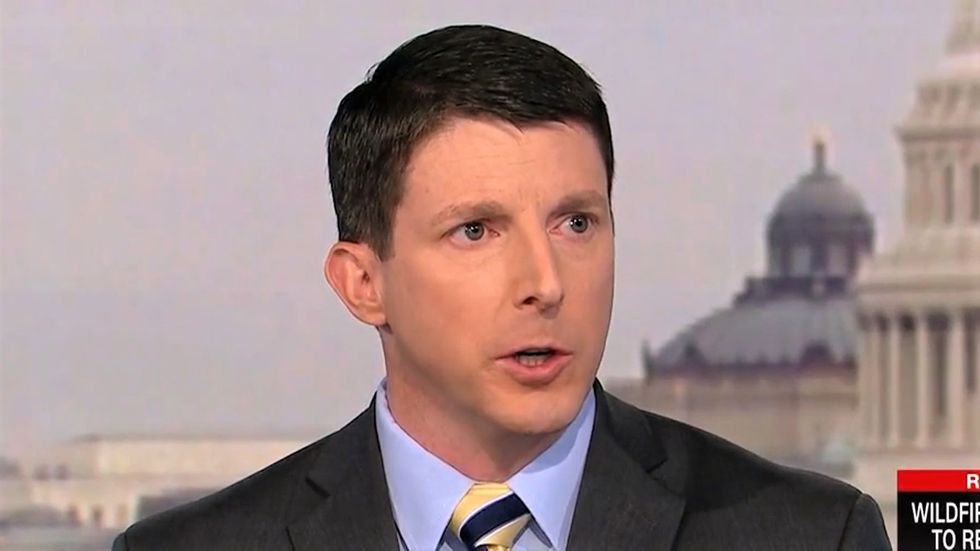 David Kusnet, who served two years under Clinton and correctly identified the anonymous author of the campaign tell-all "Primary Colors," lays out his case in New Republic identifying a former Pentagon aide as the author of "A Warning" and the Times op-ed about President Donald Trump and his staff.

"My entry in the guess-who-wrote it sweepstakes is the former Pentagon aide Guy Snodgrass, who would know about many events described in the book," Kusnet wrote. "He would have honorable reasons to render his judgments. And revealing the author to be an apolitical Navy officer, not a renegade Republican operative, would elevate the nature of his very serious concerns about Trump’s fitness to hold the office of the presidency."

A close reading of the text suggests the author is an apolitical retired Navy commander who became chief speechwriter for former Defense Secretary James Mattis, according to Kusnet.

"Having closely read 'A Warning' and the original op-ed, as well as 'Holding the Line,' Snodgrass’s recent memoir of two years with Mattis, I find that my instincts tell me that the same person wrote both books," Kusnet wrote. "Why did I suspect Snodgrass enough to buy his book? First, 'A Warning' and the original op-ed both read like they were written by a speechwriter. They both feature short sentences and one-line paragraphs, the frequent use of alliteration, and 'reversible raincoat' constructions (Lincoln had a 'team of rivals,' Trump has 'rival teams')."

"The two texts also repeat the same words or phrases but in different contexts (as in, 'The United States can have an open door without having open borders.')," he added. "These tics all reflect a speechwriter’s mandate of writing for the ear as well as the eye."

Snodgrass -- who shares a literary agency, Javelin, with the anonymous author -- reveals himself as a speechwriter in other ways, Kusnet wrote.

"One of his original anecdotes would be especially appalling to a speechwriter," Kusnet wrote. "Trump apparently forbids staff to take notes at meetings with him. For linguistics mavens with a penchant for forensic analysis, the op-ed uses several words, 'lodestar' and 'not moored,' that would be familiar to pilots with a literary bent."

Snodgrass isn't a perfect fit, Kusnet admits, but the anonymous author hints he or she may have had help writing the book -- but the former Pentagon aide checks off some key boxes in the known facts.

"Compared to other widely rumored suspects whose backgrounds I researched, Snodgrass checks three boxes," Kusnet wrote. "He can write. He knows and cares about national security — a major theme of 'A Warning.' And, to borrow from his description of Mattis, he is 'a badass' who eventually offended his hero and won a pre-publication battle with the Pentagon over the release of 'Holding the Line.'"

"No other contender seems to share Snodgrass’s wide-ranging knowledge, story-telling skills and willingness to make enemies to make important points," he added. "And, as a self-described Type A personality, Snodgrass probably could write two books at once."