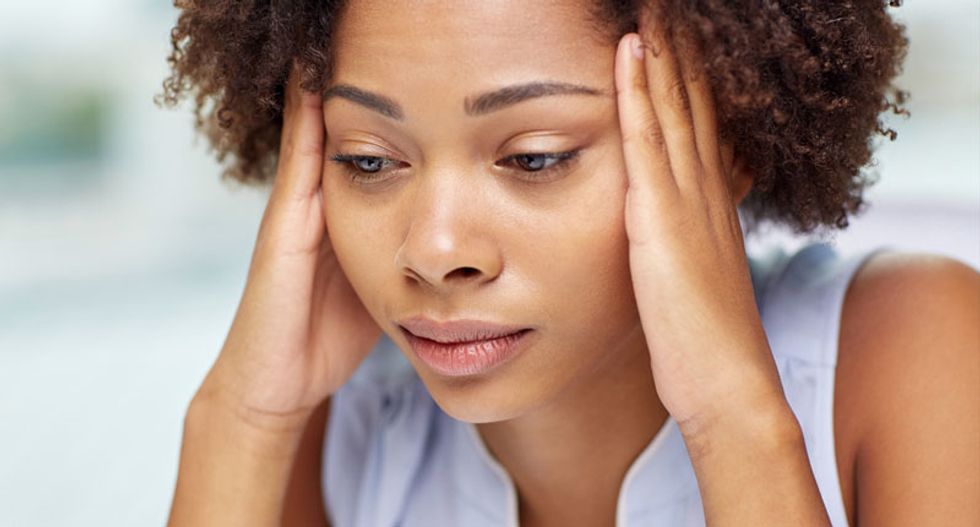 A Texas woman promoted vaccinations on Facebook, and was hit with racist death threats against her family.

Aisha Odom, a mother of three from Austin, urged her social media followers to get vaccinated to help protect people like her brother, who has Crohn's disease and cannot receive some immunizations, and she was met with hateful abuse, reported CNN.

"Can we immunize are [sic] babies from becoming ignorant n*****s like you?" another Facebook user sent her through the company's Messenger application. "You uneducated tw*t, here's something you need to learn...How to slice those wrists correctly. Kill yourself, kill your kids, kill your parents, kill them all."

The other Facebook user then provided illustrated instructions to show Odom how to slit her wrists.

"I didn't know if it was a threat," Odom said. "I was scared. I called my husband and sent him a screenshot, and he was afraid, too."

Odom reported the message immediately to Facebook, which determined the message had violated the company's standards -- and that wasn't the first time the same user had done so.

But Odom said the woman's punishment was far too light.

The other user was banned for 30 days from using Facebook Messenger, but she was otherwise allowed to use the social media site without restrictions.

Odom was "flabbergasted" by the company's response, and Facebook finally removed the user's account in September, after CNN sent the tech company a screenshot of the message and asked why the woman was still permitted to use the platform.

The spokesperson did not explain why the user wasn't removed earlier, and declined to make a Facebook executive available for comment.

CNN sent the Facebook spokesperson 65 posts and comments from anti-vaxxers as part of an investigative report in March, and the company's community standards team found 39 of those, posted by 31 different users, had violated the company's policies.

But Facebook removed only one of those users -- the woman who sent a message to Odom -- and only after CNN asked for an explanation.

"Whoever sent these messages should be off social media forever -- all of them," said Arthur Caplan, a medical ethics expert from the New York University School of Medicine. "Can't Facebook do more to police this? They should."

The Facebook spokesperson gave two explanations for why the other users were permitted to remain on the platform.

The spokesperson said Facebook had been unable to identify the users from screenshots sent by CNN, and also explained that Facebook does not generally remove users for a single infraction.

"We don't want people to game the system, so we do not share the specific number of strikes that leads to a temporary block or permanent suspension," Facebook says in a report on its community standards. "The effects of a strike vary depending on the severity of the violation and a person's history on Facebook."

The policy is troubling to ethicists and mental health professionals, and Odom said message is clear -- and alarming.

"Calling someone a horrible racial slur and telling them to kill themselves is totally okay with Facebook," Odom said.