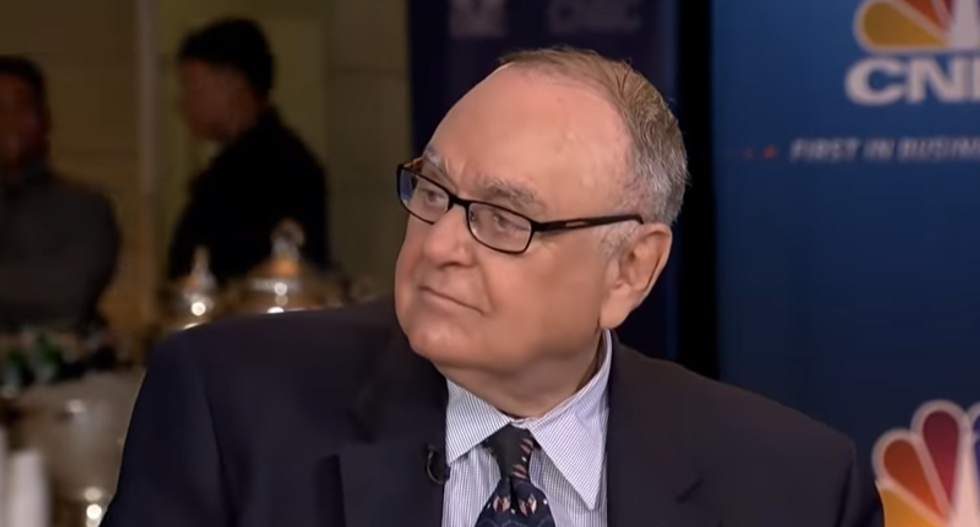 Sen. Elizabeth Warren (D-MA) is continuing her feud against the wealthy and powerful with a new political ad hitting several billionaires who have criticized her.

The ad, which will run on CNBC on Thursday, targets hedge fund manager Leon Cooperman, who she notes was charged with insider trading, former TD Ameritrade CEO Joe Rickets, who she notes is a donor to GOP super PACs, former Goldman Sachs CEO Lloyd Blankfein, who she notes earned $70 million during the financial crisis, and tech investor Peter Thiel, who she notes is a key benefactor of President Donald Trump.

But Cooperman in particular is furious about the ad, and unleashed an expletive-laden tirade against Warren in a CNBC interview.

"In my opinion she represents the worst in politicians, as she's trying to demonize wealthy people because there are more poor people then wealthy people," said Cooperman. "As far as the accusations of insider trading, I won the case. She's disgraceful. She doesn't know who the f**k she's tweeting. I gave away more in the year then she has in her whole f**king lifetime."

Cooperman has indeed been active in philanthropy, including establishing a scholarship at his alma mater and funding the construction of hospitals. His claim that he "won" the insider trading case isn't exactly true, though — he settled with the Securities and Exchange Commission for nearly $5 million, while neither confirming nor denying the allegations.

A key sticking point for Cooperman, and many other billionaires, is Warren's proposal to enact a 3 percent wealth tax on households worth over $50 million. Economists are divided on this proposal, with some arguing it could bring in hundreds of billions of dollars a year and others concerned that it would be easily evaded.