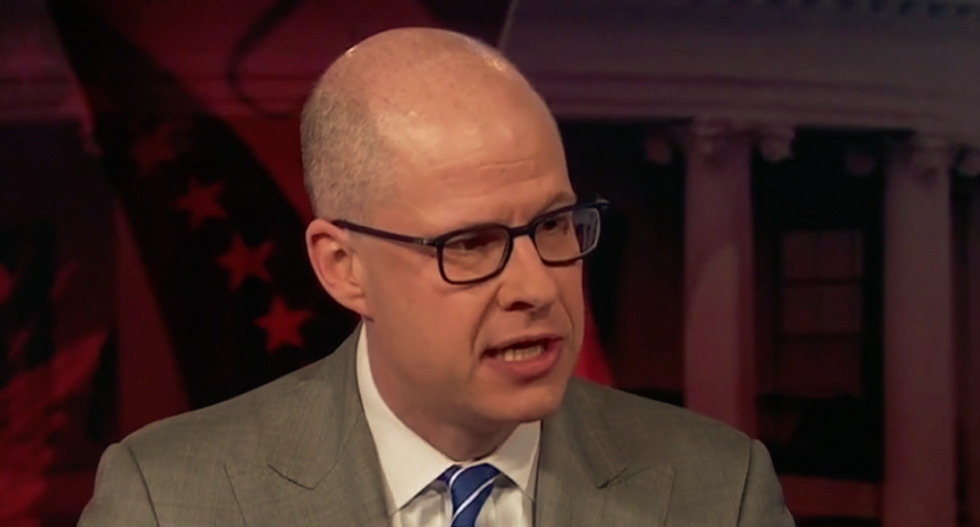 Republicans are facing backlash for their poor treatment of Lt. Col. Alexander Vindman who appeared before the House Intelligence Committee Tuesday as part of the impeachment inquiry. It prompted conservative Washington Post columnist Max Boot to unleash his own fury against Republican Congressmen he felt should know better.

Noting that Vindman is "no coward," Boot described the shaking hands of the decorated Iraq War veteran as he nervously read his opening statement.

"Vindman and his colleagues have already faced attacks that he rightly described as 'vile' and 'reprehensible,'" wrote Boot in his column. "After Vindman gave a deposition behind closed doors last month, President Trump denounced him as a 'Never Trumper.' When asked what evidence he has of the political leanings of this career military officer who still works in the Trump White House, the president promised in his thuggish way that 'We’ll be showing that to you real soon, okay?'"

As with many of Trump's accusations, no evidence has been presented and Boot said that there likely isn't any forthcoming.

In a shocking act, the official White House Twitter account even attacked Vindman. An account that normally promotes garden tours, and non-partisan celebrations of visitors to the historic building, is now parroting the president's language and attacks on Democratic officials.

"Presumably, Vindman suggested keeping Ukraine separate from relations with Russia because Trump has an inexplicable soft spot for Russia," Boot suggested. Even Republicans have agreed Trump's cozy relationship with Putin was concerning.

"But for pure maliciousness, it is hard to top the gall of Trump partisans who question Vindman’s loyalty to the United States because he emigrated here as a toddler from the Soviet Union," Boot wrote. "Republican counsel Steve Castor continued those nasty aspersions of dual loyalty on Tuesday by extensively questioning Vindman about an offer extended to him out of the blue by a Ukrainian official to become defense minister of Ukraine. Vindman said he rejected the proposal and reported it to his superiors, because he is an American. Questioning Vindman about this — and demanding to know whether he had been speaking Ukrainian — is sheer McCarthyism."

He noted that the attacks pose an actual danger to Vindman, whose "good name" has clearly been smeared. Already Vindman and his family are being moved into a military base because their security is in question, The Wall Street Journal reported.

In the final moments of his opening statement, Vindman reassured his father that he would be fine "for telling the truth." It's apparently something his father feared as his son spoke truth to power.

"Vindman’s reassurance to his father resonated with me — another Jewish immigrant from the Soviet Union who came to the United States as a young boy in the 1970s," Boot wrote. "People raised in tyrannical regimes such as the Soviet Union grow up with a terror of doing anything that could result in a trip to the gulag."

Boot said that even today, his 84-year-old Russian-born stepfather, was concerned something terrible might happen to him for his columns attacking Trump in the Washington Post. His stepfather has lived in California for more than 40 years.

"Like Vindman, I assure my loved one that I will be fine — and I truly believe this because I am exercising my constitutionally protected free-speech rights," Boot wrote. "But then I am not an existential threat to Trump’s political survival; Vindman is. Along with his fellow witnesses, he is presenting incontrovertible evidence that the president has committed high crimes and misdemeanors. No wonder Vindman is visibly nervous. In testifying anyway, he is vindicating the highest ideals of a country where no man, not even the president, is above the law. Vindman was not born here, but he is a far better American than the Trump toadies who question his loyalty."