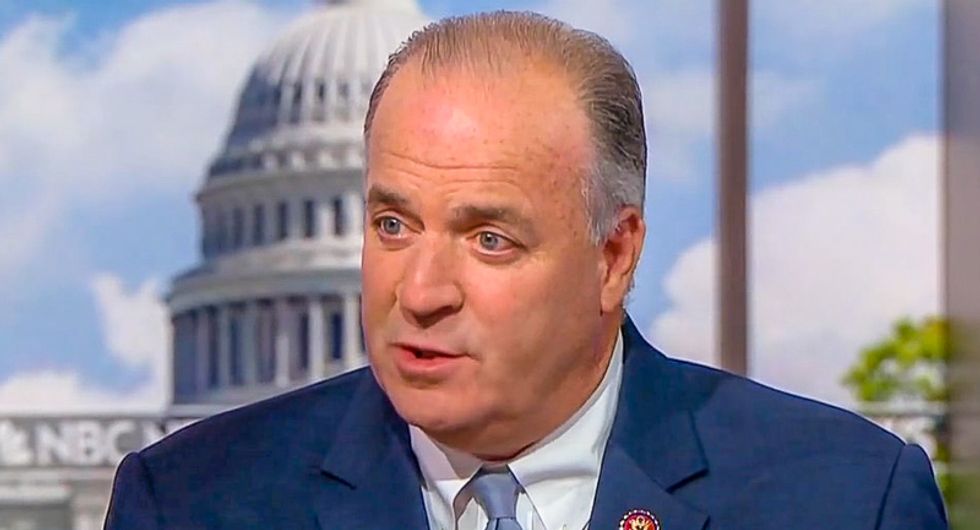 The House GOP have now compiled a list of witnesses that they want to call forth in the impeachment investigation, and the choices are starkly partisan — including ex-DNC staffer Alexandra Chalupa, Hunter Biden, and even the anonymous whistleblower whose identity is legally protected.

On MSNBC Saturday, Rep. Dan Kildee (D-MI) ripped Republicans for trying to weaponize the hearings to air their conspiracy theories.

"Can we expect to see any of these witnesses approved?" asked anchor Alex Witt.

"Well, I'll leave that, obviously, to the committees of jurisdiction, but I would think that calling Hunter Biden or even calling the whistleblower — I mean, I'm surprised they didn't put in a request for President Obama's birth certificate," said Kildee. "I mean, this is a debunked, bogus notion that somehow Hunter Biden was under investigation. He was not. That's been very clear. But they don't want to deal with the facts that surround the president's behavior. They just don't want to talk about it. So they're going to try to talk about something else."

"And of course, the idea that they would call the whistleblower, first of all, denies the notion that the Whistleblower Protection Act is intended to encourage people without fear, without any possible retribution, to point out wrongdoing in the United States government," continued Kildee. "We benefit from that. That protects our democracy. And the idea that they would try to out this whistleblower in order to keep others from coming forward — let's be clear, it's not because they think that somehow they're going to find something out from the whistleblower, because there are so many other fact witnesses that have come forward to corroborate what the whistle-blower pointed out."

"Yeah, at one point, it's almost irrelevant at this point, you know," said Witt.