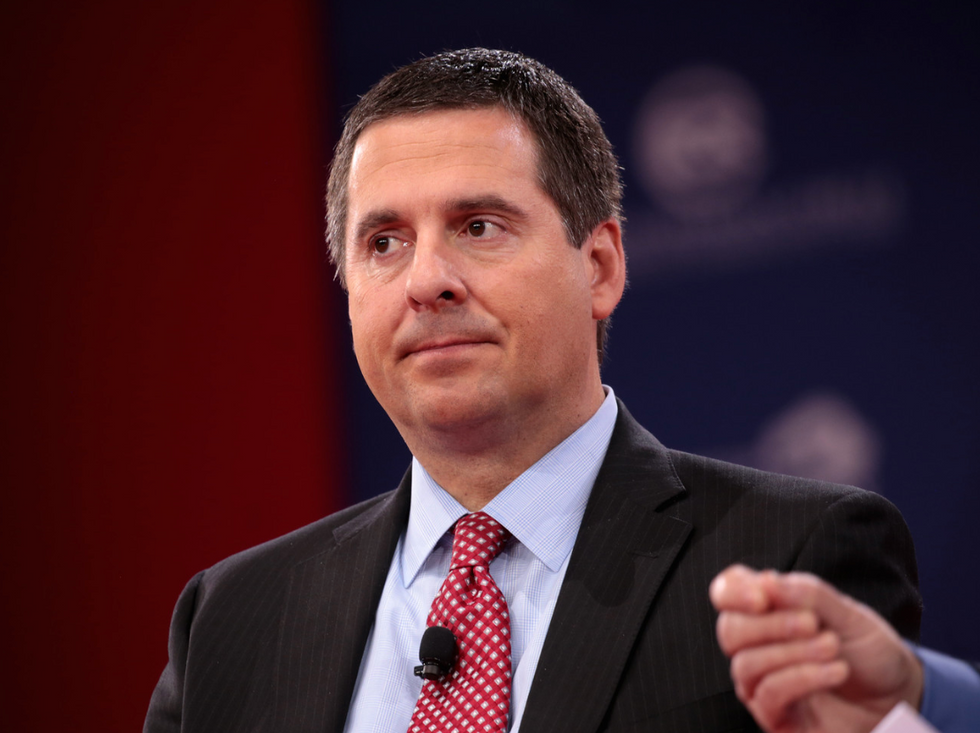 According to the Editorial Board of Devin Nunes' hometown newspaper, the California Republican should stop suing parody accounts on Twitter, as well as anyone else who "dares to criticize him." The Fresno Bee then highlighted a court filing from a lawyer for a former Democratic National Committee employee who was behind the parody accounts, who said there's no reasonable person who "would believe that Devin Nunes’ cow actually has a Twitter account, or that the hyperbole, satire and cow-related jokes it posts are serious facts."

“It is self-evident that cows are domesticated livestock animals and do not have the intelligence, language, or opposable digits needed to operate a Twitter account," the filing continued. "Defendant ‘Devin Nunes’ Mom’ likewise posts satirical patronizing, nagging, mothering comments which ostensibly treat Mr. Nunes as a misbehaving child.”

Nunes is also suing Esquire Magazine, McClatchy, and the parent company of The Fresno Bee, "for simply reporting on him truthfully and accurately," the Board writes.

"Given the frivolous nature of Nunes’ lawsuits, one can easily draw the conclusion that he’s trying to chill free speech by miring his critics in expensive legal proceedings," the op-ed continues. "If that’s the idea, it’s not working. Twitter accounts continue to mock him and the press continues to report on his increasingly grim situation."

But there was another lawsuit that is no laughing matter, namely his recent court filing against The Daily Beast and CNN for reporting that a lawyer for an indicted associate of Rudy Giuliani said that that his client, the Ukrainian-born Lev Parnas, is willing to testify about meetings Nunes had in Vienna last year with a former Ukrainian prosecutor with the intent to dig up dirt on President Trump's political rivals.

According to a previous report by The Fresno Bee's Andrew Sheeler, the trip cost $63,525.

"Given the seriousness of these matters, perhaps it’s time for Nunes to abandon his frivolous lawsuit hobby and direct his lawyers’ attention elsewhere," the Board wrote.

Read the full article from The Fresno Bee's Editorial Board here.