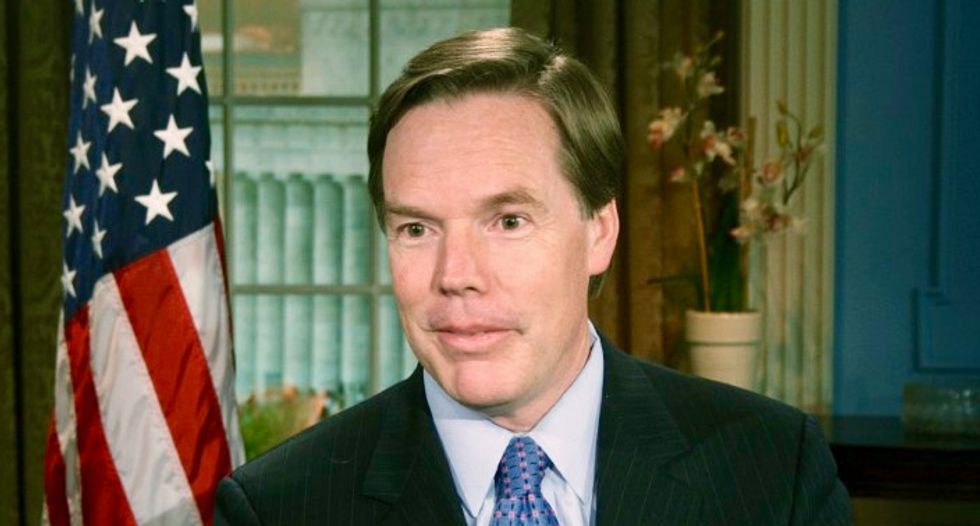 FILE PHOTO - U.S. Under Secretary of State Nicholas Burns is interviewed by Reuters at the U.S. State Department in Washington February 8, 2008. REUTERS/Susan Cornwell

R. Nicholas Burns, a longtime diplomat who served as Under Secretary of State for Political Affairs under former President George W. Bush, found himself shocked and appalled by the scope of corruption under President Donald Trump.

Reacting to European Union ambassador Gordon Sondland's devastating impeachment inquiry testimony, in which he confirmed there was a quid pro quo that involved arranging a face-to-face meeting between Trump and Ukrainian President Volodymyr Zelensky in exchange for launching investigations of former Vice President Joe Biden, Burns argued that the current scandal is bigger than anything he's ever seen.

"Ambassador Sondland’s testimony a bombshell," Burns wrote on Twitter. "This scandal is far deeper and broader than Watergate ever was. An abuse of Presidential power and a damning indictment of the President and his associates."

Ambassador Sondland’s testimony a bombshell. This scandal is far deeper and broader than Watergate ever was. An a… https://t.co/WhzbmYA4u3
— Nicholas Burns (@Nicholas Burns)1574262571.0

Sondland on Wednesday testified that "everyone was in the loop" on the scheme to get Ukraine to announce investigations into Burisma, the former employer of Biden's son, Hunter. Among the many people implicated by Sondland were Trump himself, as well as personal attorney Rudy Giuliani, and Secretary of State Mike Pompeo.