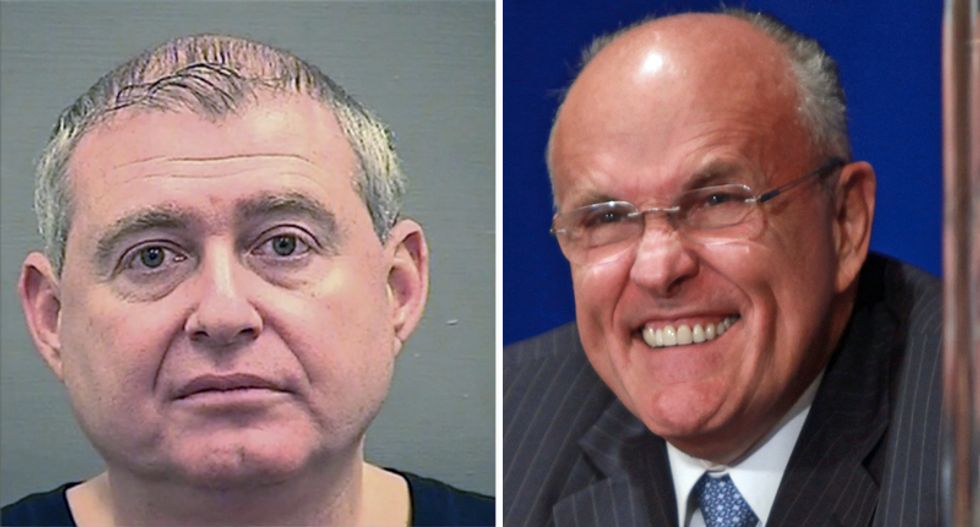 Rudy Giuliani's business partner, Lev Parnas, made news this week when he revealed he was willing to cooperate with the investigation into President Donald Trump's bribery of Ukraine. Now he's saying that he was the one who delivered messages to Ukraine on behalf of Giuliani and the president, The New York Times reported.

Parnas told a representative of then-President-elect Volodymyr Zelensky's incoming government "that it had to announce an investigation into Mr. Trump’s political rival, Joseph R. Biden Jr., and his son, or else Vice President Mike Pence would not attend the swearing-in of the new president, and the United States would freeze aid, the lawyer said."

Parnas is preparing to share information with impeachment investigators who have subpoenaed him to give an account of the work he did with the Trump team.

"Parnas’s account, while potentially significant, is being contradicted on several fronts. None of the people involved dispute that the meeting occurred, but Mr. Parnas stands alone in saying the intention was to present an ultimatum to the Ukrainian leadership," The Times reported.

Igor Fruman is saying that Parnas is lying, and the two men never raised the issue, Fruman's lawyers said. Giuliani, too, is denying it.

“Categorically, I did not tell him to say that,” Giuliani said.

Serhiy Shefir, a member of Zelensky's inner circle, said that they never treated Parnas and Fruman as "official representatives" who could speak on behalf of Trump.

However, Parnas and Fruman weren't the only ones making the demand from Zelensky. Trump and his team were working with former President Petro Poroshenko to get his government to make the announcement that the Bidens were under investigation.