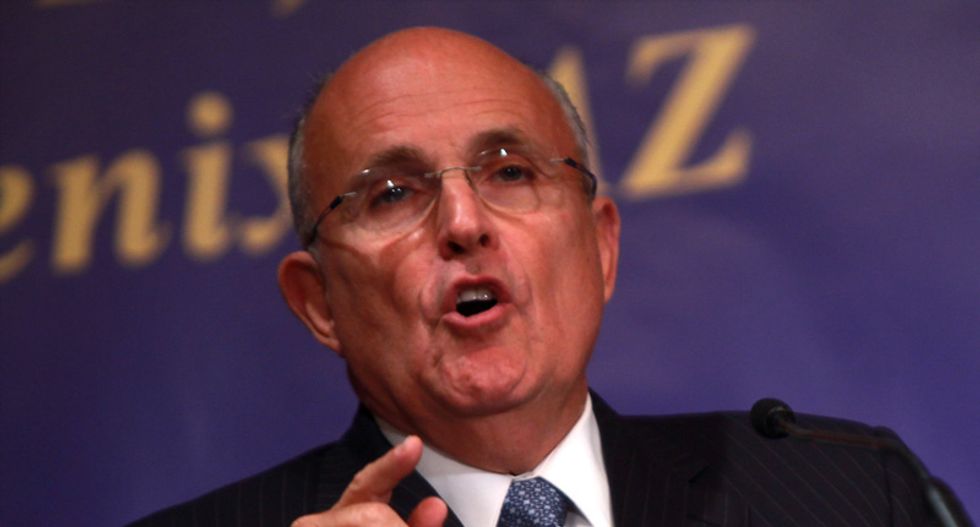 On MSNBC's "AM Joy," Pulitzer Prize-winning Trump biographer and investigative business journalist David Cay Johnston discussed how Rudy Giuliani has leveraged his career and name to enrich himself and his friends.

"David, let's talk about Rudy," said anchor Joy Reid. "Rudy gets famous. He gets called 'America's Mayor' and parlays it into a lot of cash, a lot of contracts ... a Brazilian state bordering the Amazon jungle, a Peruvian presidential candidate, the government of Gabon, Qatar, an Iranian dissident group that used to be a terrorist organization, on and on and on, a Turkish gold trader. So he makes all this money as a security consultant, and then apparently, according to the Washington Post, he was in talks to do the same thing with Ukraine ... is this what Rudy has been doing with his time since 9/11?"

"Even before he left the mayorship of New York, Rudy Giuliani had been setting himself up to be a consultant to all sorts of people who are not nice people, to be polite about it, around the world," said Johnston. "It's been very lucrative for him. It's been fairly widely reported his firm has taken in over $100 million in fees. You look around, and one of the things that's striking is who he represents, and that list you gave, which is far from complete, but hits on the kinds of people he was representing — these are not people who are the victims of oppression by a state or religious persecution. They are rich people who are gaming the system. He's been involved with a CEO who confessed to drug trafficking, which puts him almost in the same category as Donald Trump, who was very close to an international cocaine trafficker."

"It kind of sounds like [jailed Trump campaign chairman] Paul Manafort," said Reid. "That's the business the Manafort firm was in as well. There's this story that Trump was also trying to get business for Joe DiGenova and Victoria Toensing, to get them hired as the legal team as a Russian oligarch. He seemed to be generating business for himself and his friends."

"There's an interesting group of people around him," agreed Johnston. "They are people who in one way or another, are tied into Trump, are trying to make money off of defending and supporting Trump, and this goes back to Rudy's basic style."

"Remember, he picked Bernard Kerik to be corrections commissioner and then police commissioner of New York, and [Kerik] went to prison because he was mobbed up," said Johnston. "When Rudy was told by every adviser, put the emergency command center, if New York is ever attacked, in Brooklyn, he insisted it be in the World Trade Center zone. Why, because he had a little love nest he kept over there on the taxpayers dime. That's the kind of guy he's been all the way through, including, by the way, as best I can tell from the public record, other than his deputy mayor, he never met alone with anybody who was African-American during his years as mayor."