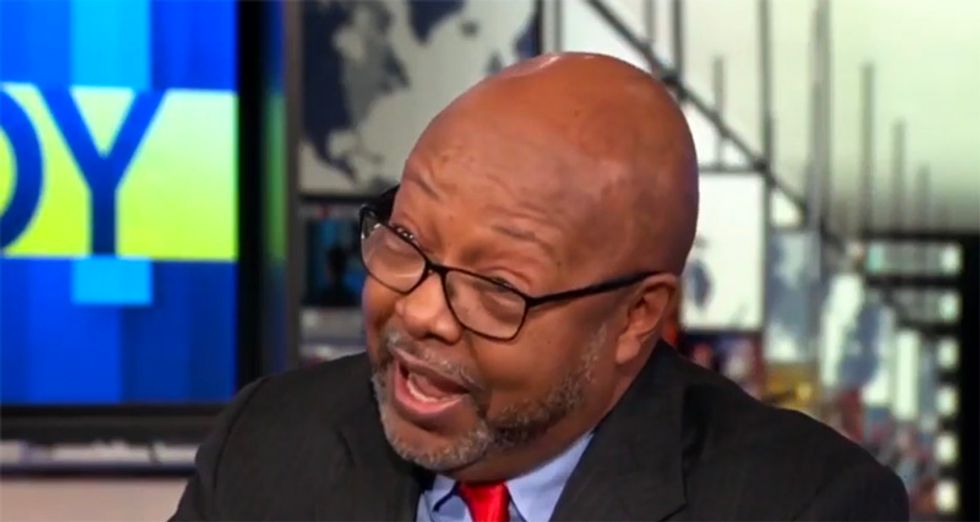 During an "Am Joy" appearance on MSNBC, award-winning Miami Herald columnist Leonard Pitts proceeded to stomp all over the beliefs of the 53 percent of Republicans who told a pollster that Donald Trump is a better president than Abraham Lincoln.

Speaking with host Joy Reid, Pitts appeared alternately amused and appalled and said some Trump boosters have 'literally" become part of a cult.

With host Reid asking about the Republican voter poll that showed 53 percent stating Trump is the "better" president, Pitts could only shake his head -- and suggest he'd like to bang it against a wall.

"Is there a brick wall I can bang my head against a few times?" he asked with a smile. "I think I need a brick wall before I answer. I haven't heard of that poll, but it sort of speaks further to the delusionary aspect of the Republican Party right now. This is not a party, this is a cult and it has been a cult for a long time and it wasn't just this Abraham Lincoln quote."

"I'm not being rhetorical," he continued. " I mean that literally, that there is a very cultlike aspect to what we're seeing going on with Trump. Particularly in the aspect of Trump is he who must not be questioned and all of his idiocies, and all of his incompetencies, all of his mendacities must be explained in the framework of him being infallible."

"In other words, if you see him being wrong, it's not he's being wrong, it's he's being so right that it's beyond your puny ability to understand," Pitts explained. "When he tweeted himself out with Rocky's body, I feel like for a lot of his base, they're like, that's how they really see him when they see him -- that's what they see."

Addressing Republican voters who are sticking by the president as impeachment looms, Pitts remarked, "It's a sense that there is no bottom and also the sense that they want easy answers."