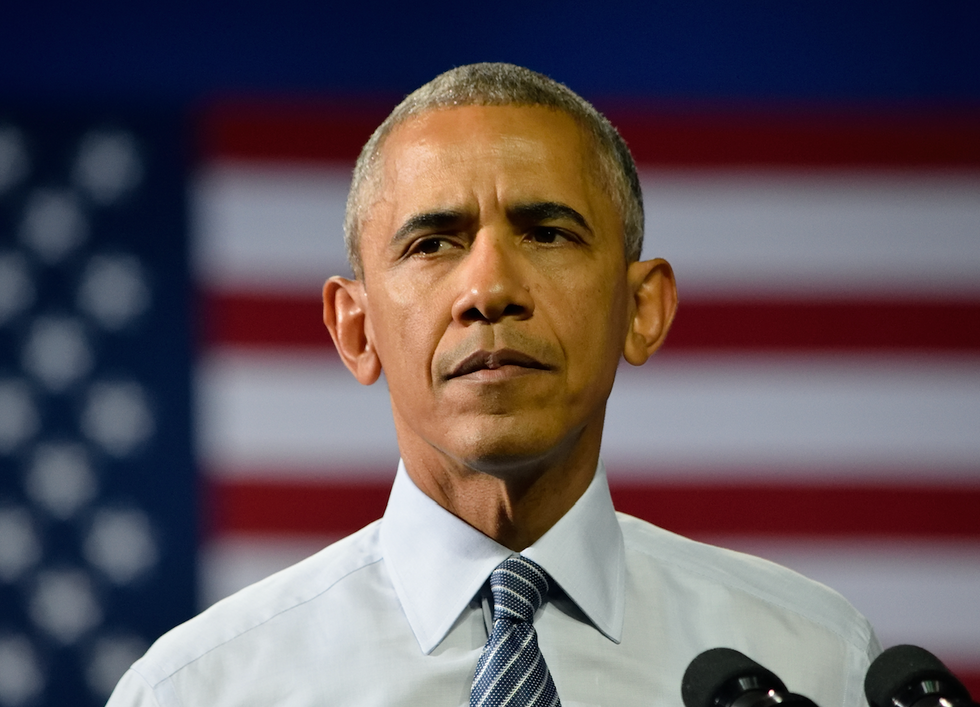 In a new piece for POLITICO, Ryan Lizza discusses how former President Obama, who's been relatively quiet during the first part of the Democratic primary, has been meeting with many Democratic presidential candidates in private, while balancing calls for him to be more outspoken against the presidency of Donald Trump.

The piece is getting quite a bit of attention for the fact that it highlights a dig Obama takes at his former Vice President Joe Biden.

"With one candidate, [Obama] pointed out that during his own 2008 campaign, he had an intimate bond with the electorate, especially in Iowa, that he no longer has. Then he added, 'And you know who really doesn’t have it? Joe Biden,'" Lizza reported.

As Lizza points out, calls for Obama to be more outspoken in the age of President Donald Trump reached a fever pitch in 2017. Obama had originally planned "a relaxed post-presidency of writing and thinking and mentoring," but Trump's surge to the presidency and Biden's subsequent 2020 challenge forced Obama back into the center of politics.

"This was not the hand he got to play," Lizza writes. "Throughout 2017 the main struggle of the small staff Obama assembled in the West End was how to deal with what they viewed as a crazy president personally obsessed with Obama. After running against Obama’s legacy, and then holding one awkward but collegial meeting in the White House—'He knows absolutely nothing,' Obama privately told a visitor about Trump, immediately after the meeting—Trump discarded historical precedent and began attacking Obama personally as he worked to overturn his policies. For the most part, Obama and his staff chose to ignore the personal and weighed in only on big policy questions."

According to Obama’s first post-presidential press secretary, Kevin Lewis, one of Trump's goals was to "drag Obama out of retirement" because he "needs an enemy." As Trump's presidency dragged on, Obama's public statements "inevitably became, longer, more frequent, and signed by Obama himself, not his spokesman."

Read the full piece over at POLITICO.