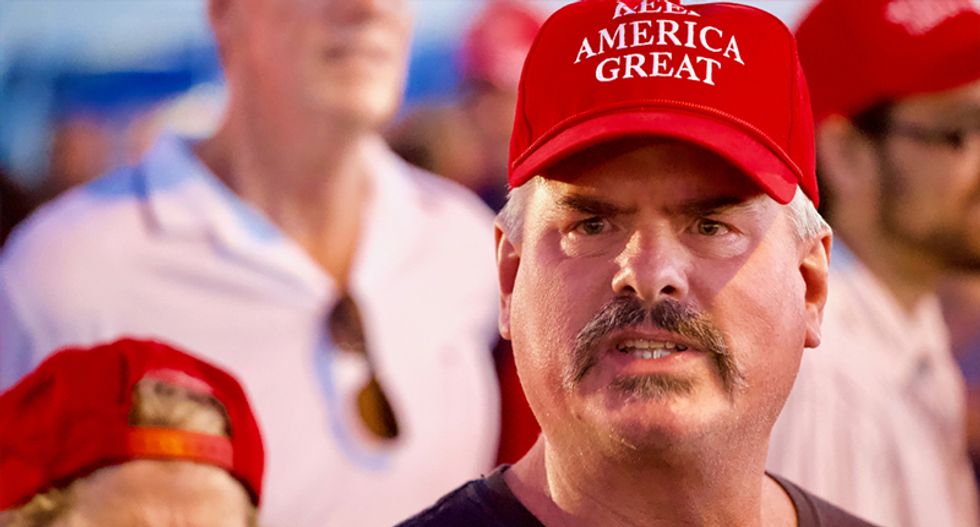 Thanksgiving dinners can be difficult if you're headed to your family that has one of those annoying family members who think they know everything because they watch Fox News.

1. There's no first-hand knowledge. It's all hearsay.

I mean, except for Mick Mulvaney, who admitted it on live television.

2. Attempted bribery isn't in the Constitution as a crime.

Actually it is. You know what they call "attempted bribery?" Bribery.

The Constitution cites "high crimes and misdemeanors" as a guide for impeachment. Attempted bribery falls under that. In fact, so does speeding in a school zone, which is considered a misdemeanor in some states.

3. He wasn't successful, so it doesn't matter.

That's not how the law works. As John Oliver pointed out, if a terrorist tries to blow himself up on a plane and the vest doesn't go off, that doesn't mean he's innocent.

4. Presidents make deals all the time.

Presidents don't make deals for their own personal benefit.

As "Last Week Tonight" host John Oliver explained it, Teddy Roosevelt's famous quote "speak softly and carry a big stick," didn't mean he wanted people to take all of the sticks for his own personal stick collection. Ronald Regan never mandated East and West Germany use his own private BobCat company to "tear down that wall."

5. We should just let the election decide it.

That's not how the law works, nor is it how the law should work. If you break the law, you face the consequences, whether you're a child, a teenager, a Congressman, Felicity Huffman, a Vegas kick-line dancer, or the president of the United States. No person is above the law. At least, that's what it's supposed to be like. If we want to start handing out loopholes for the rich, famous, and elected officials, let the GOP put that up for a ballot initiative in all 50 states.

If a guy running for Congress is caught embezzling millions for his campaign fund for his own personal business that is in bankruptcy, no one would say he shouldn't be prosecuted, and we should just let voters decide.