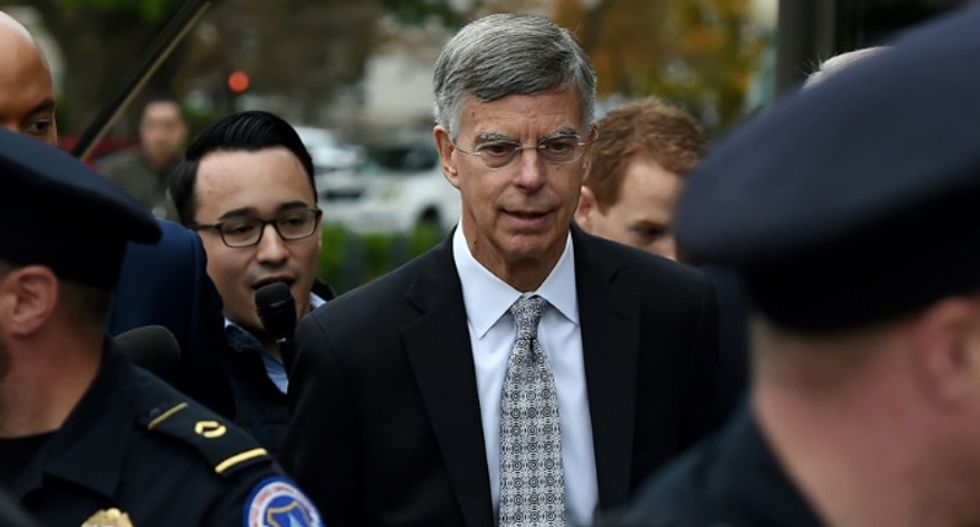 On Thursday morning, former prosecutor Elie Honig broke down what to expect from witnesses when the House impeachment inquiry is televised beginning next week, and said that Democrats likely hit a home run by inviting ambassador Bill Taylor to be the first face Americans see.

According to the legal analyst, the top U.S. diplomat in Ukraine is the "perfect witness," and has a surfeit of credibility.

As Honig explained to "New Day" host John Berman, "We'll be hearing from Bill Taylor next week. by the way, I think that's by tactical design -- he is the perfect leadoff witness, he is credible, and his testimony goes right to the heart of the matter and he's backed up."

Describing Taylor's earlier testimony as being very detailed about so-called "backchannel" diplomacy being conducted at the White House's insistence that indicates a quid pro quo offer involving foreign aid for political dirt on Trump's opponents, Honig said the ambassador has the "receipts" backing up his claims.

"One of the great things about Taylor as a witness is he has it backed up, he has the receipts," the prosecutor elaborated. "He testified over and over that he took detailed handwritten notes as this was all happening. That's so important in assessing a witness. Also remember, Taylor sent these texts at the time this was all going down -- he texted, 'Are we now saying that security assistance are conditioned on investigations?' We talk about quid pro quo, conditioned is a keyword there. "

"So he is very strongly backed up, yesterday this was the most important piece of testimony we saw from Taylor, that was my clear understanding," Honig continued. "Security assistance money would not come until the president of Ukraine committed to pursue the investigation. That is what prosecutors call a headshot -- it is right on point."