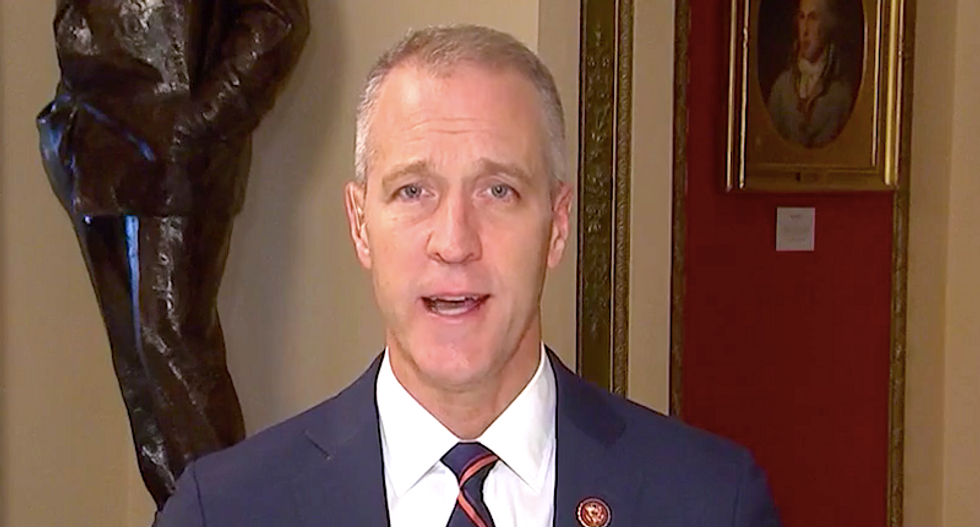 The New York Democrat has delivered some of the more dramatic moments in the House impeachment inquiry with his tough questioning of reluctant witnesses, and he said Pompeo must explain his actions in President Donald Trump's scheme to pressure Ukraine to investigate Joe Biden.

"There is a judge about to decide the McGahn case, that's going to be a very important precedent, and I'm going to predict the White House isn't going to like it," Maloney said. "That's going to arm us with additional legal arguments."

"Given the overwhelming evidence that we have that the president used taxpayer-funded military assistance to help him in his re-election campaign needs to be further demonstrated by the people who have even more evidence of it," he continued. "There's a value to that, you bet."

Maloney pointed out the previous Trump associates who have refused to cooperate with investigations and eventually wound up convicted of crimes.

"I think the day is coming for all these people," he said. "I mean, ask Roger Stone, ask Paul Manafort, ask Rick Gates, ask Michael Cohen. There's others who have thought they could run from accountability, but it tends to catch up with you."

Maloney singled out some other Trump administration officials who have been ordered to turn over evidence to House investigators, but have so far refused.

"I think the day is coming when John Bolton stops making money off book deals and has to give his evidence like three of his deputies did, at risk to their own professional careers, while he was out trying to make a buck on it," Maloney said. "I think the day is coming when Mike Pompeo is going to have to answer for why he let Marie Yovanovitch be thrown under the bus and clearly knew all of these things in real time. We heard that directly from Ambassador (Gordon) Sondland yesterday, and the day is sure coming for Mick Mulvaney, who came out and told us all why the president did this, said there was a quid pro quo and told us to get over it."

"Well, we're not over it," Maloney added, "and he'll be held to account in the fullness of time. But the real issue is whether we can hold the president accountable given the facts and evidence that we have."