I can 'do anything I want, I'm a police officer': Indiana cop fired after racially profiling black men in mall parking lot 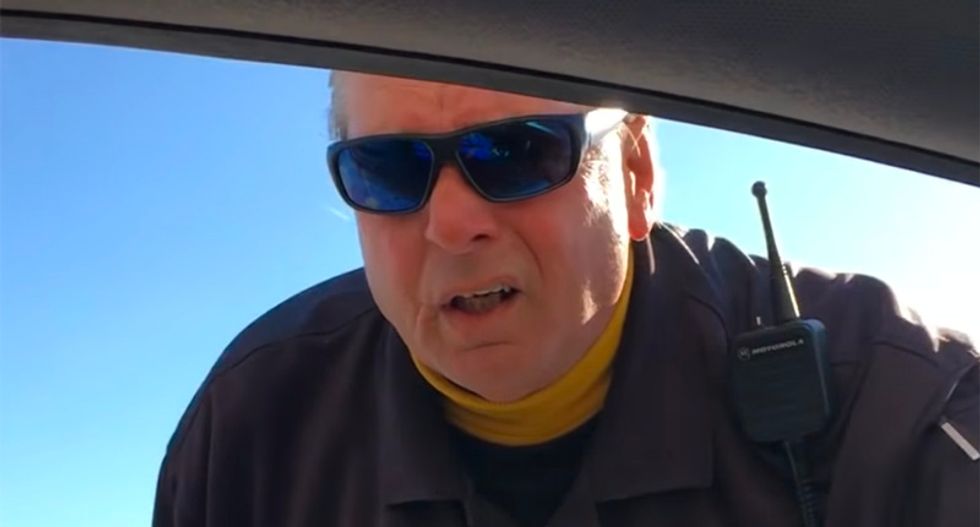 A white police officer working for Lawrence Township in Indiana has been fired after he was filmed accosting two black men sitting in their car outside of a Nordstrom Rack and accusing them of being "suspicious."

According to WTHR, Lawrence Township Deputy Constable Daryl Jones approached cousins Aaron Blackwell and Durell Cunningham on the north side of Indianapolis but was filmed on a cellphone that eventually led to him losing his job.

The cousins stated that Jones racially profiled them and tried to run their car plates.

After the officer demanded they show identification and threatened to jail them ("Get your driver's license out now or I will lock you up"), they protested as he told them, "Because you're suspicious."

As the two continued to maintain that they had done nothing wrong, the officer loudly blurted, "I've got my rights to do anything that I want to do, I'm a police officer."

The Daily Mail reports that Jones was dismissed from his job with Lawrence Township Chief Constable Terry Burns stating, "He was terminated last night when the video was brought to my attention. I did see the video and made the decision immediately and that pretty much speaks of my reaction."