'It makes my life harder!' The View's Meghan McCain blows a gasket over never-Trump conservatives 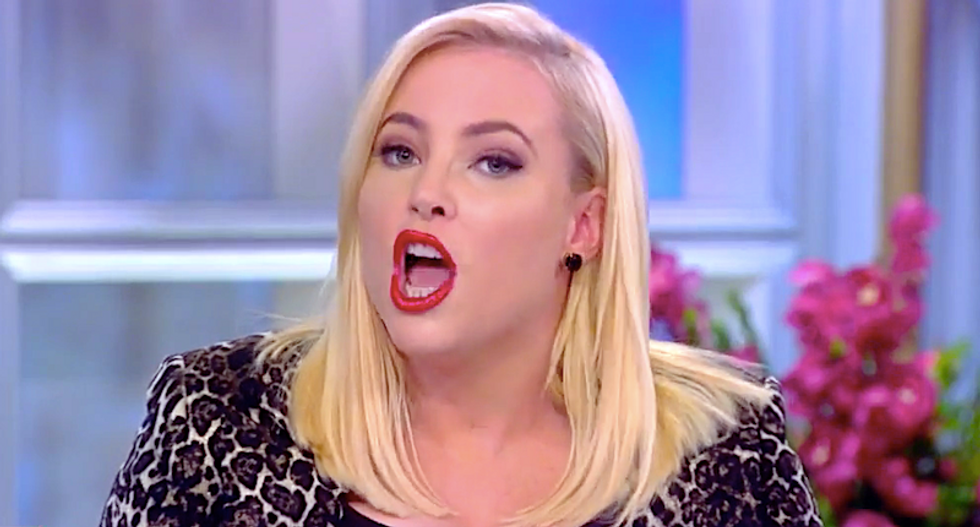 Behar recommended a column by the Washington Post's Max Boot, who wondered whether the U.S. could survive a second term from President Donald Trump -- and McCain interrupted to grumble.

Behar tried to get back on topic, saying that Boot had been a conservative but left the Republican Party over Trump, but McCain objected.

McCain and Behar then bickered back and forth over whether Boot had been a conservative, before host Whoopi Goldberg asked them to move on to another topic.

"Wait a minute," Behar said, "just one word. He writes what will happen to this country if Trump wins in 2020. Read it and weep."

"There are people like that and people like Joy Behar go on TV and say, 'Oh look, it's the Republican, it's the conservative,'" she said. "Max Boot would vote for Elizabeth Warren. There are people who have completely abandoned their conservative principles because Trump happened and they have Trump derangement system and I take umbrage that people like that go on TV and say they'll vote for Democrats when they will abandon their policies."

Behar asked whether Boot had come out in support of Medicare for All, and McCain snapped and admitted she didn't actually know.

"I didn't know Max Boot was going to be a hot topic this morning so I didn't follow up on all the policies," McCain said, as the audience laughed. "People like him and Jennifer Rubin and many others go on TV and are quoted as Republicans, when they might as well be liberals like you -- and I'm sick of it because it makes my life harder."