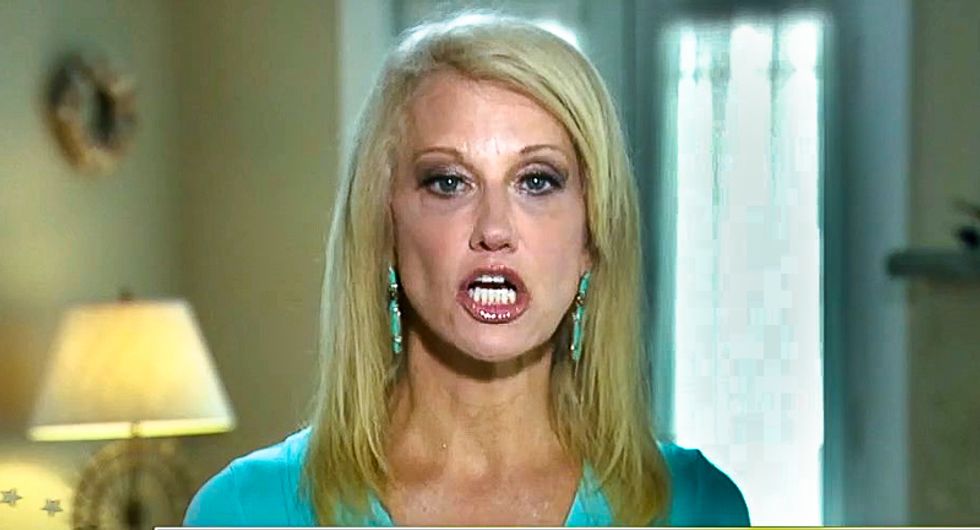 "We know that the you don't need a crime to impeach a president. The Constitution says 'high crimes and misdemeanors,' not necessarily crimes you could go to prison for," said anchor Joy Reid. "If we take Nikki Haley's construction here, in your paycheck analogy, if the administrator was going to withhold your paycheck unless you dug up dirt on their neighbor that they wanted to bring down, then it got found out that they were doing that to you, they had actually tried to extort you, but it got out and they said 'go ahead and take your paycheck,' did they still commit a crime?"

"They did," said Kirschner. "And we heard Kellyanne Conway recently stand in front of the camera and say, well, there really was no crime or wrongdoing here because Ukraine ultimately got the money that Congress allocated to them. Now sure, after some Ukrainian soldiers and citizens likely died as a result of this unlawful delay by the president."

"But even more importantly, think about it," continued Kirschner. "They only released the aid after the whistleblower outed them, which they use in their own defense, but Joy, that's incriminating. It's an admission of guilt because if they had been withholding the aid for a lawful purpose, then they would have said hey, this whistleblower is out to lunch. We will continue the withhold the aid because it's the right lawful and just thing to do. No. They got caught, that's when they released the aid, so Kellyanne Conway's claim that that is somehow exculpatory, it's incriminating."