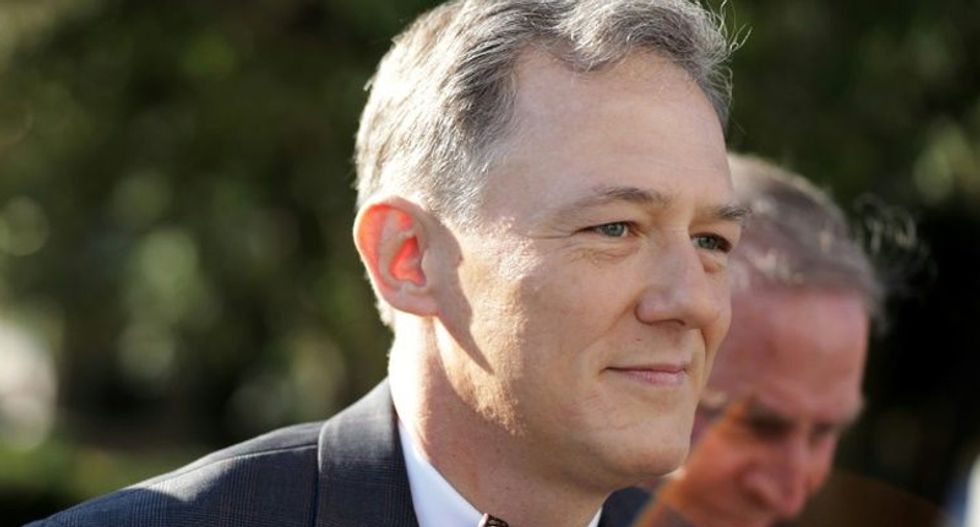 One of the key witnesses slated to testify in Wednesday's public impeachment hearings is Deputy Assistant Secretary for European and Eurasian Affairs George Kent.

And, as Sheryl Gay Stolberg wrote for The New York Times, Kent could be a difficult witness for Republicans to dismiss because, in his long career in the civil service, he has gained a reputation as a nonpartisan voice for responsible government.

"Mr. Kent is known for pushing for good governance causes without regard for whom he might offend," wrote Stolberg. "He once told former Vice President Joseph R. Biden Jr.’s staff that it 'could create the perception of a conflict of interest' that Mr. Biden’s son was serving on the board of a Ukrainian gas company that had been accused of corruption. He also accused a Ukrainian prosecutor of taking a bribe to drop a case against the oligarch who owned that gas company. And he fought vigorously to defend Marie L. Yovanovitch, the former ambassador to Ukraine who was ousted by Mr. Trump, calling a different Ukrainian prosecutor’s criticism of her 'complete poppycock' in an email to other State Department officials."

Notably, Kent has been a sharp critic of President Donald Trump's attorney Rudy Giuliani shaping Ukraine policy behind the scenes for partisan political use against Biden, telling investigators that Giuliani ran "a campaign of lies" and that Trump "wanted nothing less than [Ukrainian] President Zelensky to go to microphone and say, investigations, Biden and Clinton."

But it will be difficult for the GOP to argue he has a political axe to grind, given that he has confronted Biden for the very thing that Trump sought to extort Ukraine into getting dirt on.