MSNBC's Mika busts 'nervous' Trump's GOP defenders: 'This president is buying them off' 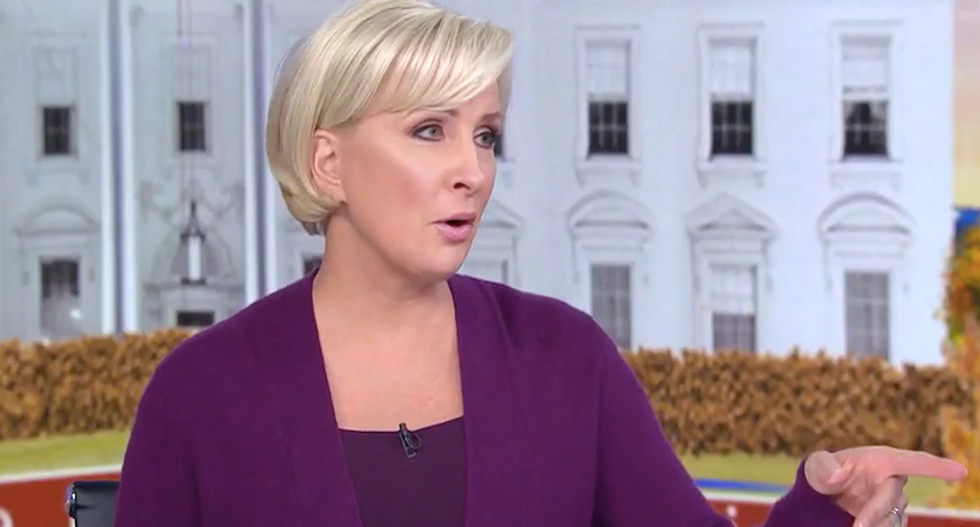 President Donald Trump tweeted 75 times over the weekend, and MSNBC's Mika Brzezinski said that betrayed his worried state of mind.

The "Morning Joe" host said the tweets and retweets violated presidential norms, and possibly even some laws, and showed Trump's terror as the impeachment inquiry moves forward.

"President Trump was particularly active on Twitter," Brzezinski said, "and the increased frequency is usually a sign of he's distracted or nervous about something. Trump tweeted and retweeted 75 times over the weekend, up until just after midnight last night, everything from retweets of the likes of (Fox News hosts) Jeanine Pirro and Mark Levin, praising a UFC fighter, he also attacked the whistleblower."

She wondered how Republican lawmakers could continue supporting a corrupt president who appears to be suffering from some form of mental decline.

"If you could speak face-to-face to these Republicans who are acting as Trump's front men -- (Kevin) McCarthy, (Steve) Scalise and others -- especially in terms of the rot that chips away at our democracy, these tweets, intimidating a witness, bullying people, trying to not follow the law, refusing to comply with subpoenas," Brzezinski said. "If you could talk to them face-to-face and confront them about the way this president is buying them off with attention, access, campaign money, what would you ask them to do? What could you say that could change this very unhealthy dynamic?"