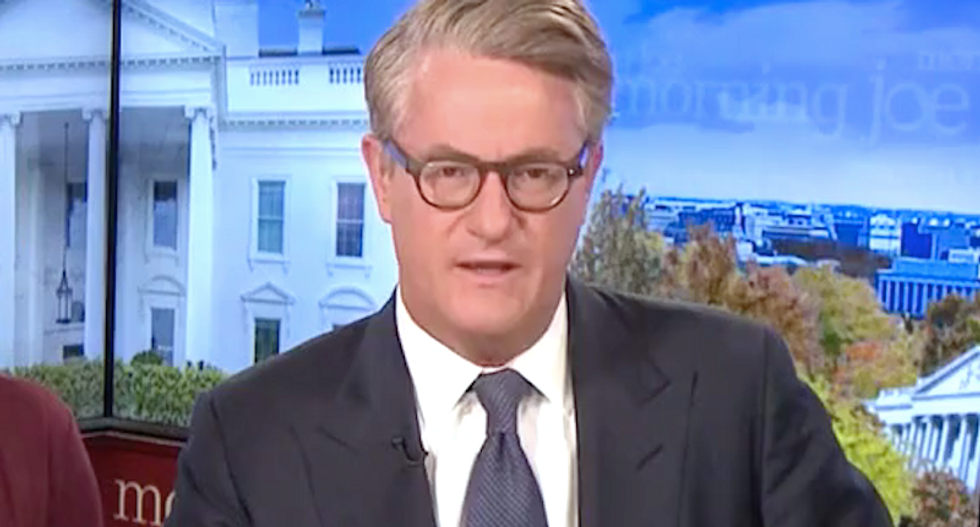 MSNBC's Joe Scarborough warned President Donald Trump's presidency could be toppled if Fox News ever told his supporters the truth.

The "Morning Joe" host described Trump as a "post-literate" president, because his support rests on the unwillingness of his followers to read or examine evidence.

"You heard the president after the (impeachment) vote talking to several different people and still tweeting about his, quote, transcript when he knows it wasn't a transcript," Scarborough said. "The top of that memo said it was not a transcript, and we have found out ever since it's not a transcript."

Scarborough said the president and his Republican allies insult their supporters' intelligence with every defense they offer.

"They are behaving as if Donald Trump supporters are illiterate," he said. "They are acting as if Donald Trump supporters are too stupid to read. They, of course, are not, but this is a post-literate president who has time and time again, even this week, lied about what's been going on in Washington, D.C., trusting that Americans will be too busy or just disinterested in actually reading what's on paper in black and white."

Republicans currently support the president in his impeachment fight, but Scarborough said that support is more fragile than it looks -- just as Richard Nixon's support eventually collapsed as the evidence piled up.

"This was actually the state of things in early summer 1974," he said, "and I know that I've told the story often about my father being a Nixon supporter and believing it was a conspiracy going back to the days that he went after Alger Hiss. The tapes came out and my father said, 'If he has done half of what this suggests he is unfit to hold any office.'"

"We're not going to get there," Scarborough added, "but I do wonder, though, talking about the age that we're in, I do wonder if we're in an age now where the only thing that could threaten Donald Trump would be a (Walter) Cronkite moment on Vietnam, asking, 'What the heck is going on in Vietnam?' Only this time it's a Fox News moment, a Rupert Murdoch moment that breaks the tribalism at some point."