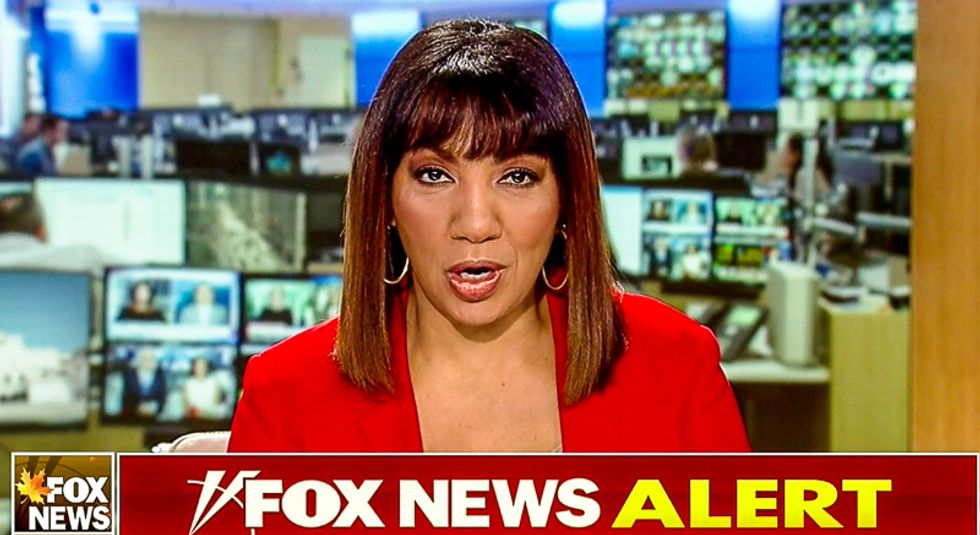 Fox News on Thursday reported that there was no so-called spying on President Donald Trump's 2016 campaign by the FBI even though the president and his supporters have insisted otherwise.

During a segment on Fox News, host Arthel Neville revealed details of an Inspector General's report that is expected to say the FBI's investigation into the Trump campaign was not politically motivated. Trump and Attorney General Bill Barr have both claimed that the FBI is guilty of "spying" on the campaign.

"[The inspector general] will say that the surveillance of Carter Page was legal and that there was no evidence the FBI tried to place undercover agents inside the Trump campaign to see if they conspired with Russia's interference operation," Neville reported.

"He was out there loud and very public," Neville explained. "He even claimed that former President Obama was spying on him in the White House."

Subramanian said that the president would likely complain about smaller grievances now that his primary talking point has been ruled out. As for Barr, Subramanian expected that the attorney general would "keep quiet" now that his conspiracy theories have been debunked.

"No spying occurred," Neville repeated. "Both sides will definitely latch on to this report and try to use it to their advantage... We keep hearing the Republicans talk about process. Is that going to be the defense every step of the way when President Trump is not back by some of the factual findings?"

"That appears to be the case," Subramanian agreed.