‘Not a big fan of Medicare for All’: Pelosi attacks plan backed by leading 2020 Dems — and majority of party 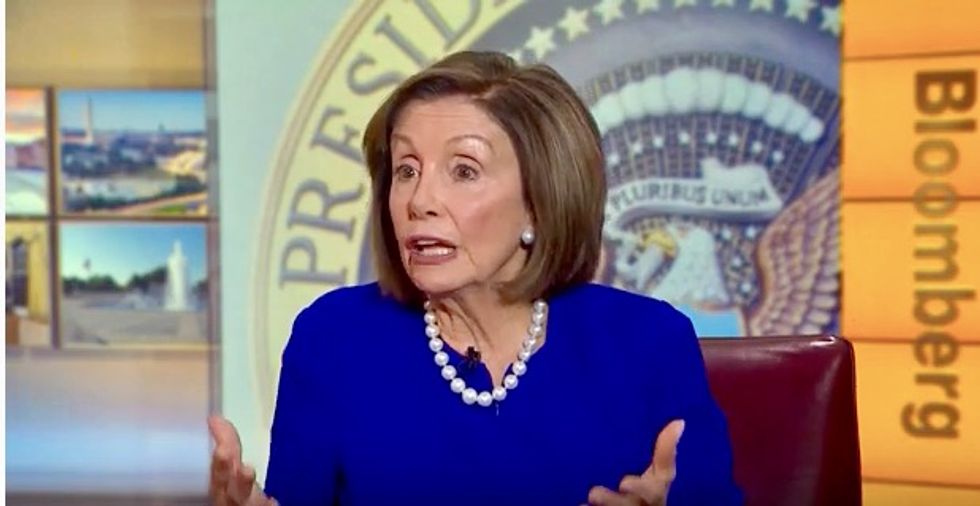 The House Speaker's remarks came hours after Sen. Elizabeth Warren, a 2020 Democratic presidential contender, released her proposal to finance Medicare for All.

House Speaker Nancy Pelosi said in an interview Friday that she is "not a big fan of Medicare for All" despite support for the ambitious proposal among the majority of her caucus, three-quarters of Democratic voters, and two leading 2020 Democratic presidential candidates.

"It is expensive," Pelosi told Bloomberg, without mentioning that studies show Medicare for All would save the U.S. trillions of dollars while providing comprehensive coverage to all.

"Medicare for All doesn't cost money. It saves money by eliminating the for-profit waste in the insurance system and ending the rip-off of paying the highest drug prices in the world."

"Who pays is very important," continued Pelosi. "What are the benefits that come in there? So I would think that hopefully as we emerge into the election year, the mantra would be more 'Healthcare for All Americans.'"

The Speaker added that "there is a comfort level that some people have with their current private insurance that they have, and if that is to be phased out, let's talk about it."

The comments were met with immediate outrage by Medicare for All proponents:

Pelosi's remarks came just hours after Warren released a Medicare for All financing plan that she says would deliver a major tax cut for most families in the U.S. while also reducing national healthcare spending compared to the current for-profit system.

"It saves money by eliminating the for-profit waste in the insurance system and ending the rip-off of paying the highest drug prices in the world," said Lawson. "That's why 'how will you pay for it?' has always been a completely false premise."

Contrary to Pelosi's suggestion that Medicare for All could damage Democrats' chances in the 2020 election, recent polling (pdf) by Data for Progress showed "supporting Medicare for All would not hurt" the Democratic presidential nominee in a race against President Donald Trump.

"We tested a Democrat running on Medicare for All against Trump. Six times. With three different vendors," Data for Progress co-founder Sean McElwee said Friday. "Every time the Medicare for All Democrat wins, usually by double-digits."