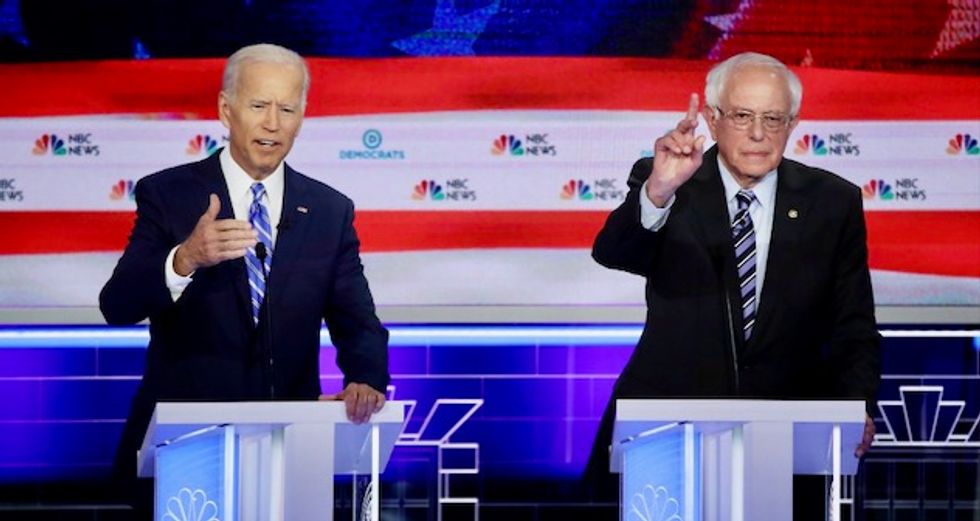 David Leonhardt explained that while Hillary Clinton's 2016 campaign tried to focus on policy issues, the media was so glued to the personality of Donald Trump. Indeed, Trump fueled this kind of campaign, where he would intentionally say or do horrific or crazy things that would turn attention away from issues and focus on his personality again.

"I did not think that was an unreasonable strategy at the time, because he is not like any nominee or any other president, and most Americans are uncomfortable with that," said Leonhardt in an MSNBC interview with Katy Tur. "When [Democrats] succeeded in 2017 and kept him from repealing the Obamacare, and they succeeded in 2018 when they won the big wins in the midterms, and both of them were treating him like a normal politician, and 'hey, he promised that he would fix the country and make it work for ordinary people, and he is failing to live up to that promise.' That is a much more effective message for them than, 'look at how he is beyond the pale.'"

As Americans go into 2020, most persuadable voters are fully aware that the president is a horrible person. However, he has a failed legislative agenda that Leonhardt said Democrats are not focusing on. Trump is trying to run on a campaign slogan, "promises made, promises kept," giving Democrats the perfect opportunity to run campaigns that focus on the former Obama voters who switched to Trump. Those voters can be persuaded with a message that they were sold a bill of goods, manipulated or lied to, and that they deserve better.

In his op-ed, Leonhardt said that it's clear a winning message against Trump involves his corruption. While impeachment is dealing with Trump's international scandals, there are three years of examples of ways Trump and his cabinet officials worked the system to score major cash and live the high life on tax-payers' dime.

"Many people are frustrated with the situation of their lives and the country today that they are willing to try someone who is beyond the pale, but if the Democrats are describing him as somebody who said that he would do something and didn't, that is more damaging for Trump," said Leonhardt.

Tur noted that when she watches Democratic debates, she wonders why the candidates are hammering so much on how terrible Trump is when their voters already know and don't like him. She specifically cited three Democrats: Joe Biden, Kamala Harris and Amy Klobuchar, who focus on this the most. Leonhardt agreed it wasn't the best strategy.

"Well, it is interesting to think about the three that you named who have done a lot of it," Leonhardt said. "Joe Biden, who is still doing quite well in the polls, but entered as a clear frontrunner and he has not run a particularly good campaign. Kamala Harris, who had potential and running a disappointing campaign, and Amy Klobuchar, who could still break out, but not yet. Democrats want to win over people who voted for Trump the first time. So you don't just want to say, you are a bad person because he's a bad person and you voted for him. You want to construct a story of 'he didn't live up to what he said' and that is implicitly saying that, 'I understand why you voted for him for the first time but don't do it again.'"

Watch the full video below and read his op-ed at The New York Times.