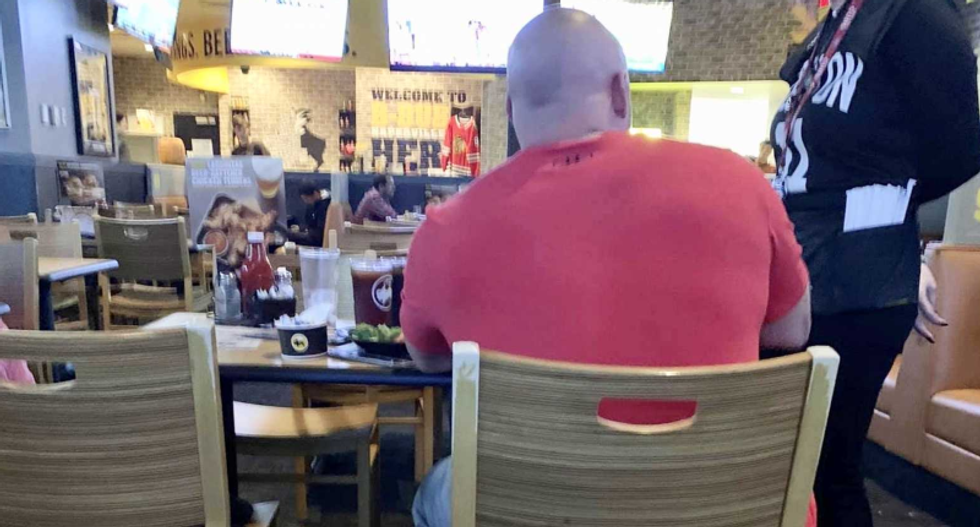 On Saturday, the Chicago Tribune reported that a party at a Buffalo Wild Wings in Naperville, Illinois was told to change their table because of their race.

Justin Vahl, who is of mixed racial descent, said that he asked the host for seating for 15 people for a birthday party, then briefly went to the tables to correct his party size to 18. When he returned, the host — a young, Black man — asked "What race are you?" and informed him that one of their regular customers "doesn’t want Black people sitting near him" so they should move to another table. Vahl, whose two young children witnessed the scene, refused, saying "I’m not going to let a customer dictate where we sit."

After the party was seated, the regular customer in question spoke to a manager, who came to their table and ordered them to move for another party of 18 that supposedly had a reservation. (The restaurant later confirmed that it does not take reservations.) More managers repeatedly asked them to move, and ultimately the group decided to leave and eat at another restaurant.

The incident was posted on Facebook last Sunday by Vahl's wife, and has since gone viral.

"We take this alleged incident very seriously and are conducting a thorough, internal investigation," said Buffalo Wild Wings brand communications coordinator Claire Kudlata in an email. "We're in direct communication with the guest to understand their account of what happened and to offer our deepest apologies for any unacceptable behavior."

Earlier this year, a different Buffalo Wild Wings in Kansas City faced a lawsuit after its management allegedly told white employees they were allowed to refuse service to Black customers.