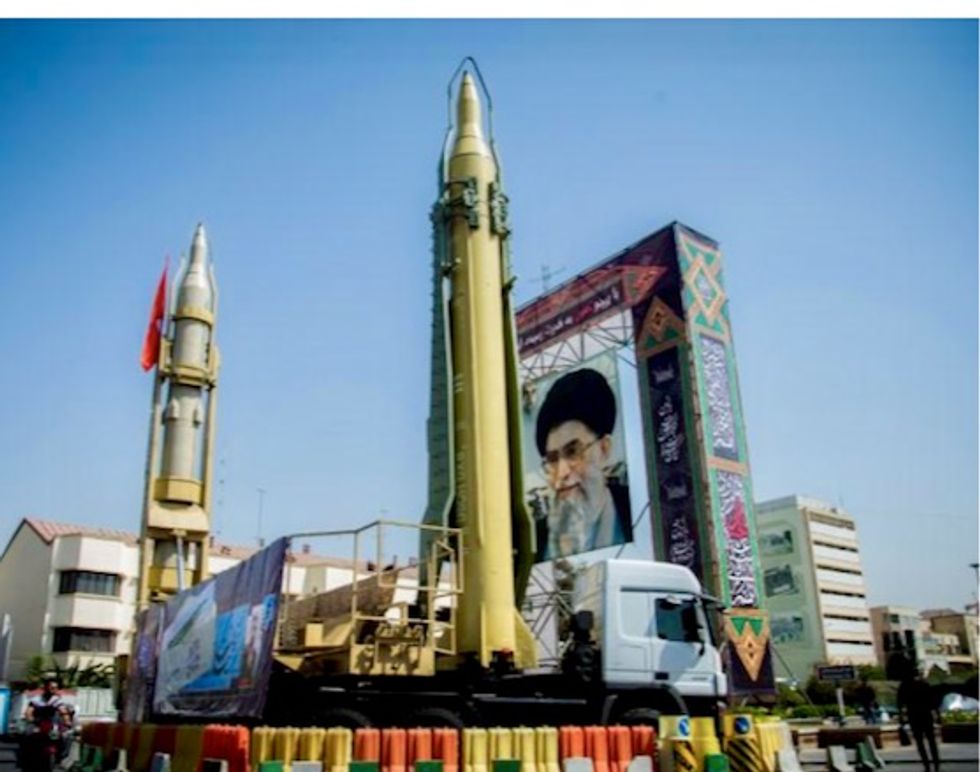 Despite decades of sanctions, Iran has succeeded in developing its missile arsenal, which is larger than that of any other Middle Eastern country including Israel, a Pentagon study said Tuesday.

"Iran has an extensive missile development program, and the size and sophistication of its missile force continues to grow despite decades of counterproliferation efforts aimed at curbing its advancement," the Defense Intelligence Agency said.

The study said Iran considered missiles to be a strategic necessity due to the limitations of its air force, which still has some US planes ordered by the pro-Western shah, who was toppled in 1979.

"Lacking a modern air force, Iran has embraced ballistic missiles as a long-range strike capability to dissuade its adversaries in the region -- particularly the United States, Israel and Saudi Arabia -- from attacking Iran," the report said.

Iran has "the largest missile force in the Middle East," the report said. A US intelligence official said on condition of anonymity that the assessment included Israel.

The report said that Iran had developed a series of missiles that could strike at a distance of 2,000 kilometers (1,250 miles) -- capable of reaching Israel or Saudi Arabia.

Iran in 2017 showcased the 2,000-kilometer-range Khoramshahr missile, which can carry multiple warheads. The Pentagon study, in line with a tweet at the time by President Donald Trump, said the missile appeared to use technology from North Korea.

But the Pentagon study said that Iran was spending slightly less on its military, with $20.7 billion budgeted in 2017.

Iran's economy has come under growing pressure since Trump last year withdrew from a denuclearization accord and reimposed sweeping sanctions.

Christian Saunders, an expert on Iran at the Defense Intelligence Agency, warned of the impact if an arms embargo is lifted on Iran in October 2020.

The Islamic republic has faced UN-mandated sanctions on importing most weapons since 2006, but the embargo is set to expire five years after implementation of the nuclear deal.

The accord, which Iran reached in 2015 with former president Barack Obama's administration as well as Britain, China, France, Germany and Russia, is on life support after Trump left it and as Tehran takes steps to end compliance as a protest over continued sanctions.

"With the embargo ending, we expect them to go after fighters -- their current air force is dated -- and also main battle tanks" which the Iranians either "haven't built or haven't been able to acquire for years," Saunders told reporters.

He expected that Iran would seek to procure weapons from Russia and China.

Iran argues that it must keep up its defenses, pointing to Western support for Saddam Hussein during the Iran-Iraq war and Israel's undeclared nuclear program.