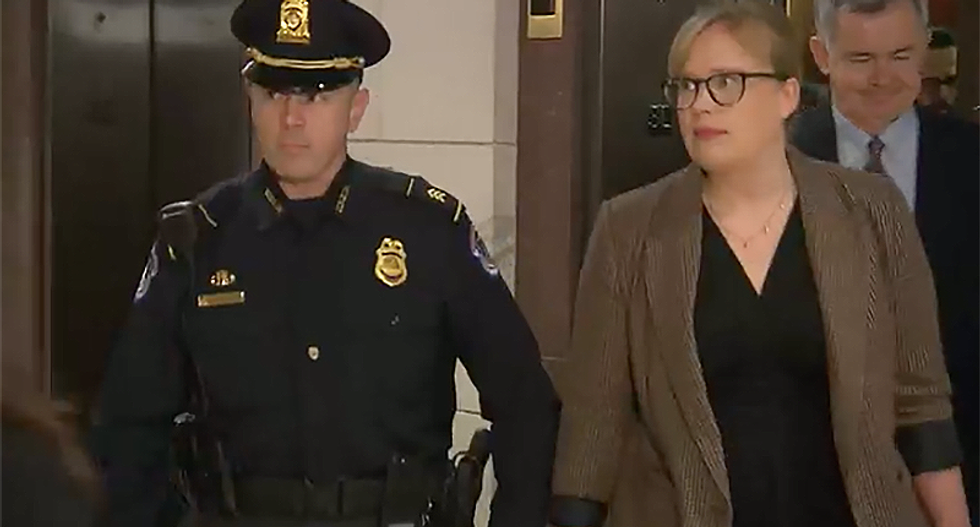 The House Intelligence Committee released a transcript of the testimony of State Department Ukraine specialist Catherine Croft on Monday.

Croft worked on the National Security Council, explained that lobbyist Robert Livingston called her to complain multiple times about former Ukraine ambassador Marie Yovanovitch and demand she be fired. It was later revealed that President Donald Trump himself was behind the demand to fire Yovanovitch.

She also testified that White House chief of staff Mick Mulvaney held up missiles to Ukraine out of fear Russia would be angry.

Well before the freeze this summer, Croft testifies that Mulvaney put a hold on providing Javelins because of a con… https://t.co/FhKA6rmx8R
— Sam Vinograd (@Sam Vinograd)1573511753.0

You can read Croft's testimony in the document embedded below: