Religious right activist Ralph Reed: If Christians don’t get Trump re-elected ‘it will be open season’ on churches 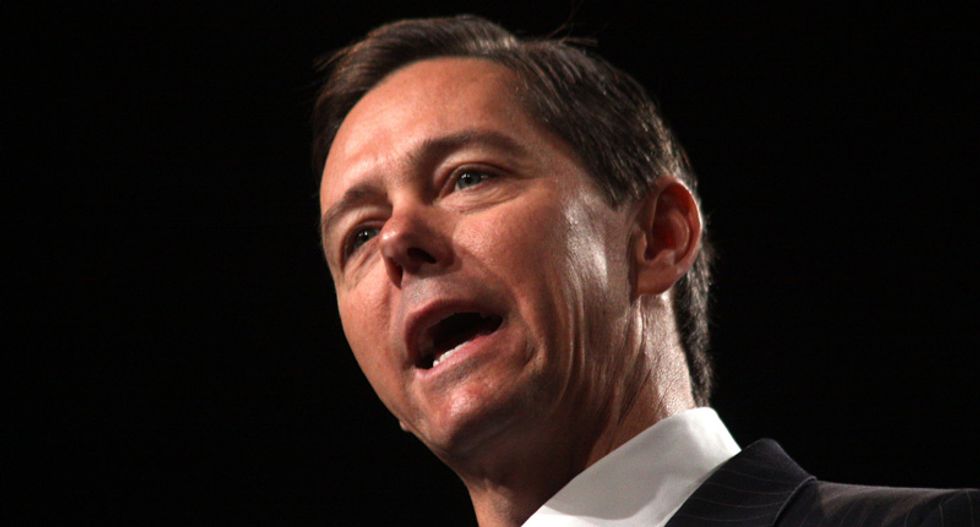 Religious right activist Ralph Reed appeared on Stephen Strang’s podcast yesterday, where he warned that if Christians don’t come out in record numbers to ensure the reelection of President Donald Trump in 2020, they will face wholesale persecution from Democrats and they will deserve it.

Strang claimed that “life as we know it as Christians” would be forever changed if Trump does not win.

“It’s going to be bad news, and Christians have to realize that they cannot be complacent,” he said. “[Trump] is our champion and he has come through on his promises again and again, and we’ve got to get him back into a second term to finish what he’s started and also to stop the other side.”

Reed readily agreed, saying that Trump deserves the support of Christians because of what he has done regarding Israel and the judiciary.

“If the Christian community doesn’t rise up like it never has in modern political history and if we allow, through our inaction, the left to remove this man from the Oval Office, then we will deserve everything that we get,” Reed said. “If they get the White House back, it will be open season on Christian ministries, on churches, the IRS will be able to persecute those faith-based organizations again. They will, under Obamacare, be able to force them to pay for abortion again. They will be able to sue the Little Sisters of the Poor and drag God-fearing nuns into federal court again to make them pay for abortion. That’s what will happen, and if we don’t turn out and vote in the biggest numbers ever, then we deserve it to happen.”