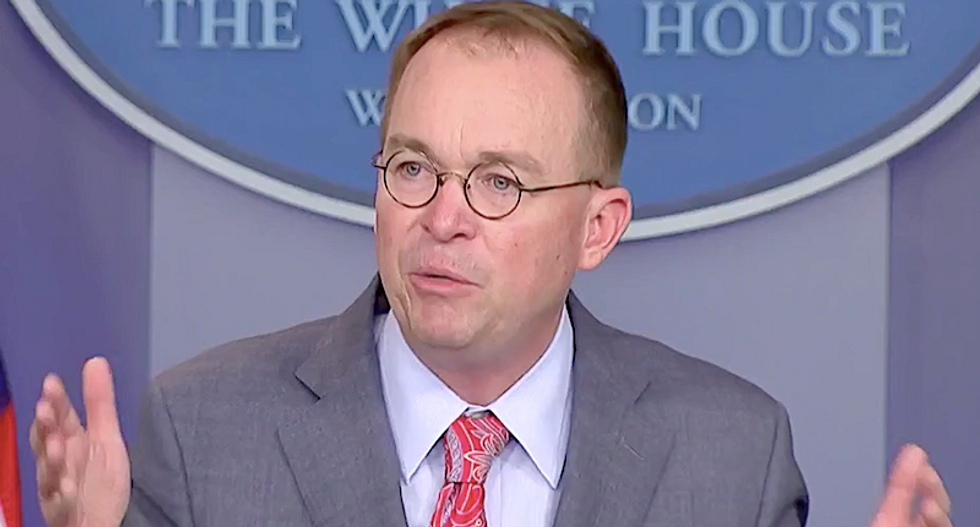 Republicans were caught off-guard this morning when their key witness, Ambassador Gordon Sondland, started outing key administration officials, as well as the president and vice president, for the bribery efforts with Ukraine.

She went on to say that she thinks the next strategy they'll employ is to find a scapegoat.

"So, I think there is a strategy coming together at play where they think they could scapegoat all of the crazy meetings and conspiracy theories on Rudy Giuliani but leave the discussion about aid somewhere else because there is one person that could answer that question and it is probably Mick Mulvaney. They are setting him up, I believe. And we'll see where that goes."