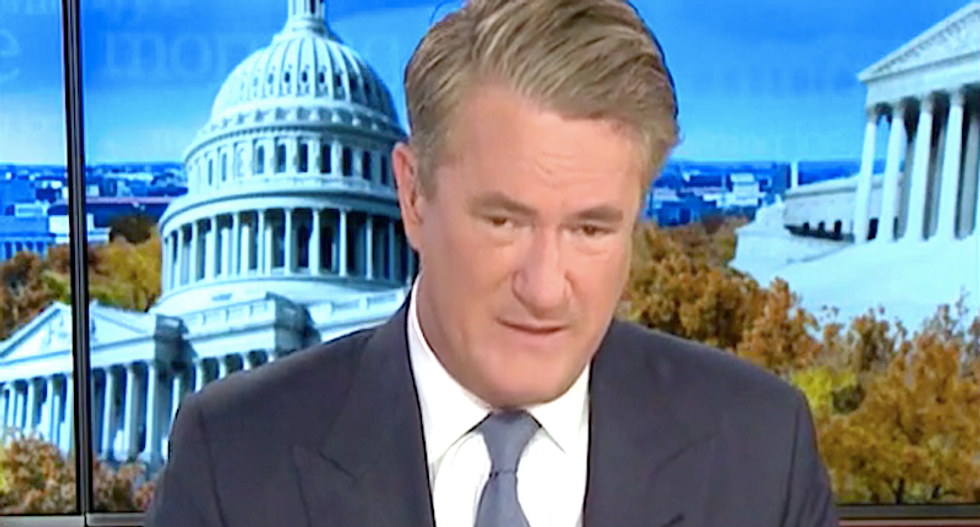 MSNBC's Joe Scarborough thinks Day One of the public impeachment hearings went well for Democrats, and placed even more pressure on President Donald Trump's ambassador to the European Union.

"Anyone expecting a repeat of the testimony of Robert Mueller would have been surprised by what happened yesterday," Scarborough said. "We had some new revelations, some pretty shocking revelations, and also, though, mainly a lot of steady testimony that continues to blow holes in the Republicans' and the White House's defense."

"It is something, though, how Republicans are chasing their tails and coming up with laughable defenses that will, once again, be proven false in the coming days," he added.

Trump's acting ambassador to Ukraine, Bill Taylor, told lawmakers that he learned last week that one of his staffers overheard Trump on the phone asking EU ambassador Gordon Sondland for an update on the investigations of Joe Biden he'd asked Ukraine's president to announce the day before.

"Were they on a burner phone?" asked co-host Mika Brzezinski. "I mean, what phone were they on?"

That State Department staffer is expected to give a closed-door deposition Friday, and Scarborough agreed that put Sondland, who has already revised his deposition once, in a difficult spot.

"He's got to worry about perjury," Scarbrorough said. "He's also going to worry about lying under oath. The guy does not want tend to end up in jail because he lied for Donald Trump."