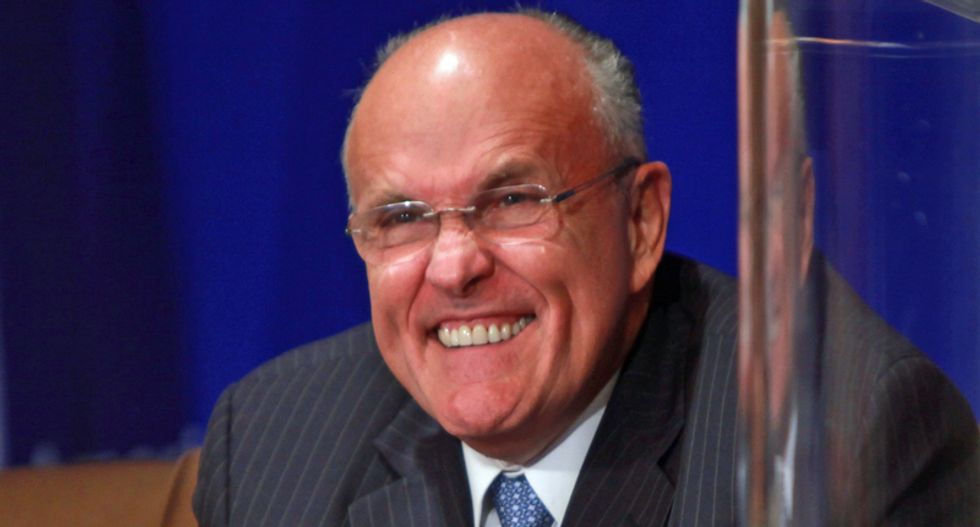 Former New York City Mayor Rudy Giuliani claimed on Friday he had "evidence" that would exonerate him.

Giuliani is reportedly under investigation by the Southern District of New York -- which he once led -- for his role in seeking foreign election interference from Ukraine to aid the re-election of his client, Donald Trump.

"You have to wonder why the media is all of a sudden hell-bent on slandering me," Giuliani claimed, despite the fact he has admitted to seeking foreign election interference on national TV.

"I’ve got the evidence, extending high and wide!" Giuliani argued, without including any such evidence.

The internet found his argument to be lacking. Here's some of what people were saying.

@RudyGiuliani If you had evidence, you would leak it. Also, why did Lev Parnas PAY YOU $500K when he was supposedly working FOR YOU?
— Treason Stickers (@Treason Stickers)1572638358.0

@RudyGiuliani I feel like if this were true and you could clear you and this crazy corrupt wanna be dictator, you’d… https://t.co/dwPzYIgiYW
— Voodoo Child💟 (@Voodoo Child💟)1572637676.0

@RudyGiuliani The media isn't needed. You're doing a pretty damn good job implicating yourself every time you show your mug on TV.
— Comfortably Numb (@Comfortably Numb)1572637982.0