Rudy Giuliani was not just working for Trump — he also said he worked for Pence: State Department testimony 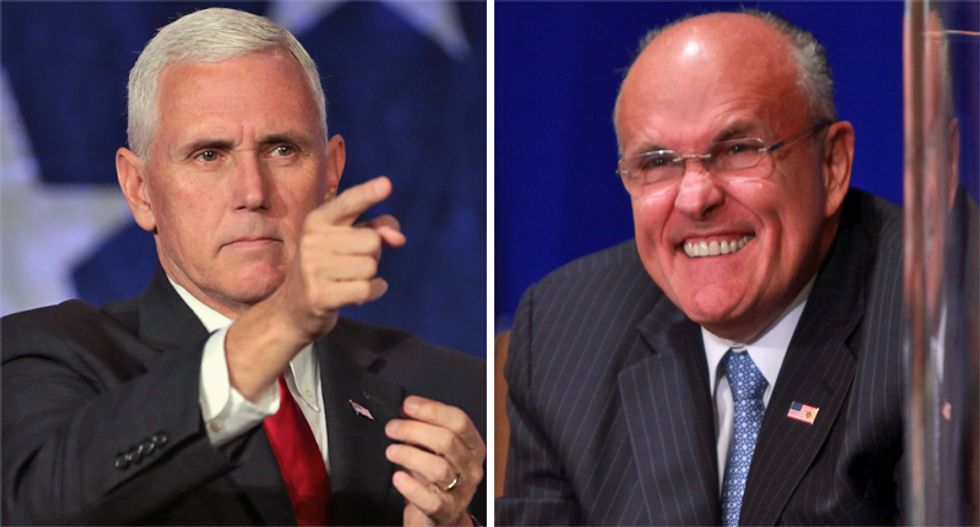 One of the strangest moments of the testimony of State Department official David Holmes, as laid out in the transcript released by the House Intelligence Committee on Monday, was when Holmes told Rep. Lee Zeldin (R-NY) that President Donald Trump's personal attorney Rudy Giuliani claimed to be working as an adviser to Vice President Mike Pence.

"Was Rudy Giuliani representing his client as a private attorney?" asked Zeldin.

"I have never spoken with him, sir. So, I mean, you could ask him," said Holmes, but he added, "At one point he, Mr. Bakanov, told me that, you know, someone named Giuliani said he was an adviser to the Vice President."

"Are we referring to Vice President Pence, President Trump, or someone else?" asked Zeldin.

"That's what he said," said Holmes. "I don't know what he meant by that. But that's what he said. And so they — they seem to think that he was a significant person in terms of managing their relationship with the United States."

The revelation is likely to bring increased scrutiny on Pence, who already has a significant known role in the Ukraine scandal. He delivered messages from Trump to Ukraine President Volodymyr Zelsnsky, and one of his aides testified that what was being asked of Zelensky was "inappropriate."