Schiff takes aim at Pence and Pompeo in blistering opening statement: They obstruct 'at their own peril' 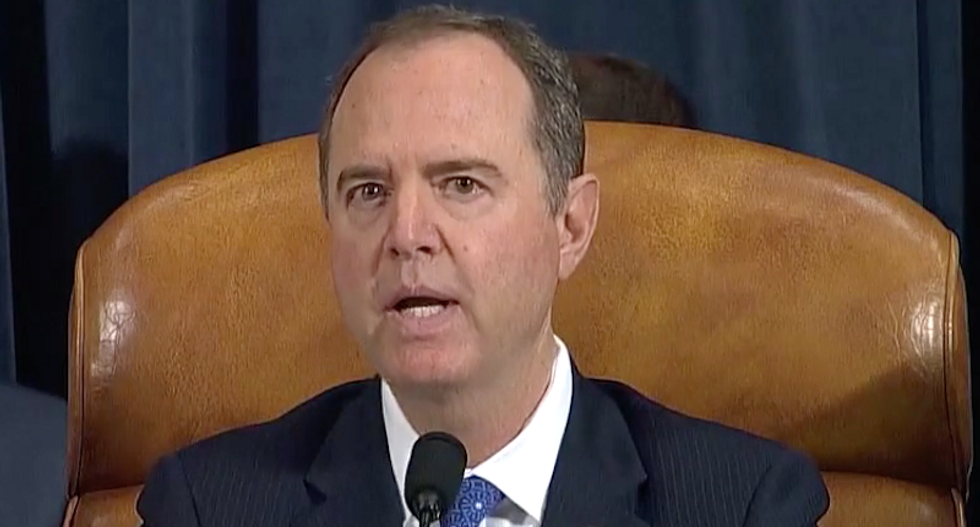 EU ambassador's opening statement will show he briefed Pompeo on his efforts to pressure Ukraine to announce an investigation of Joe Biden, and that the secretary of state signed off on the scheme -- which Sondland said White House officials understood had been directed by President Donald Trump.

Schiff then cited the articles of impeachment against President Richard Nixon, and warned Pompeo and other Trump administration officials -- including Vice President Mike Pence -- to cooperate with the impeachment inquiry.

"I think we know now based on the sample of the documents attached to Ambassador Sondland's statement that the knowledge of this scheme was far and wide and included among others, Secretary of State Pompeo, as well as the vice president," Schiff said.

"We can see why Secretary Pompeo and President Trump have made such a concerted and across the board effort to obstruct this investigation and this impeachment inquiry," he added, "and I will just say this, they do so at their own peril. I remind the president that Article 3 of the impeachment articles drafted against President Nixon was his refusal to obey the subpoenas of Congress."