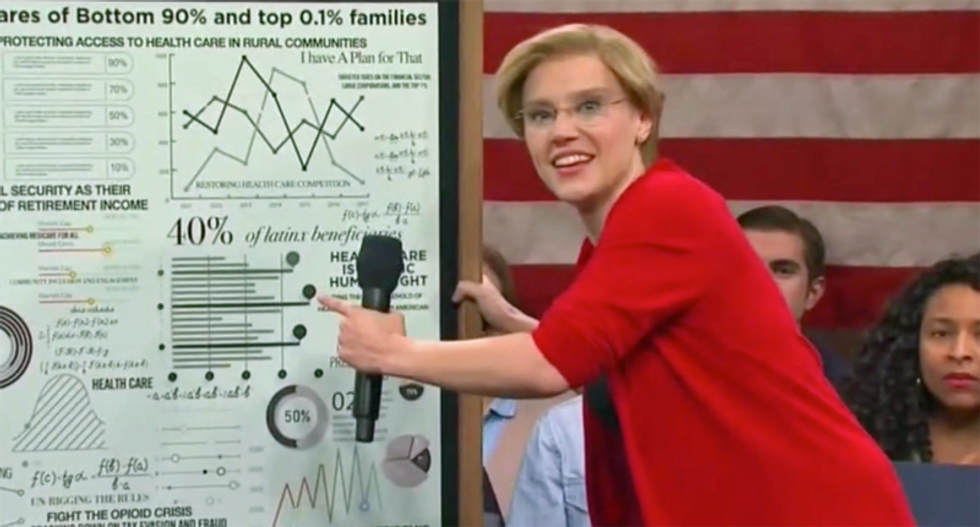 The show imagined Warren answering questions at a town hall in Iowa.

SNL's Warren was energetic, confident, and even crass.

One young woman in the audience asked about Medicare for All, and how she was nervous about giving up her health insurance.

"Your insurance is like a bad boyfriend. Girl, listen to me. You need to leave him. He’s draining you. You deserve better. Dump his ass," Warren said.

"I know you’re right," the woman replied in tears. "I’m settling, but I’m just scared to leave, because what if it’s the best I can get?"

"Girlfriend, how much is your deductible?"