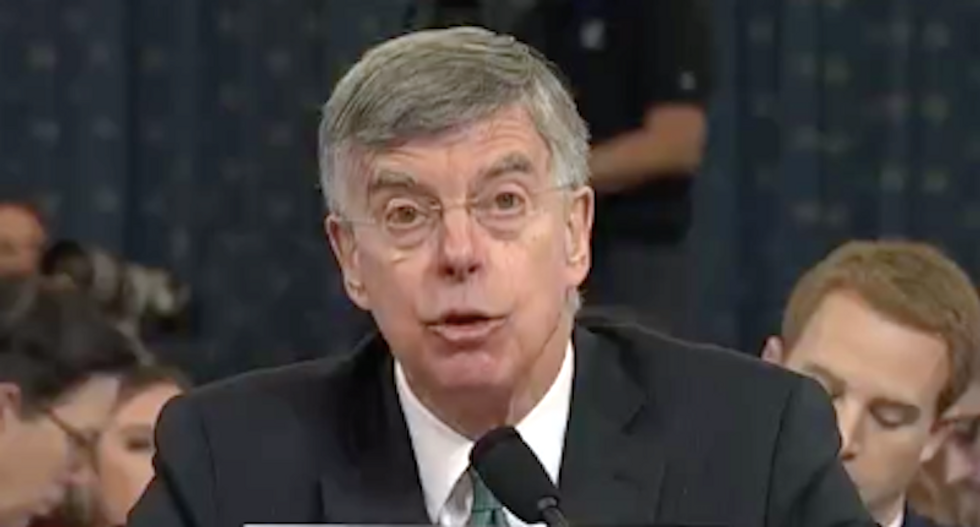 The acting ambassador to Ukraine said he has learned since his closed-door testimony that President Donald Trump appeared keenly interested in the status of an investigation into Joe Biden by Ukraine.

Bill Taylor, the president's top diplomat in Ukraine, testified Wednesday that he learned last week from a staffer, after he was deposed in a closed-door hearing, about an incident that took place a day after Trump's call to his Ukrainian counterpart Volodymyr Zelensky.

"Last Friday, a member of my staff told me of events that occurred on July 26," Taylor testified.

Taylor was visiting the front of Ukraine's war with Russia at the time with Kurt Volker, then a special envoy to the country, and a member of the ambassador's staff accompanied EU ambassador Gordon Sondland to a meeting with Andrey Yermak, an aide to Zelensky.

Taylor's staff member asked Sondland what the president thought about Ukraine, and the acting ambassador was troubled by his State Department colleague's response.

"Ambassador Sondland responded that President Trump cares more about the investigations of Biden, which Giuliani was pressing for," Taylor testified. "At the time I gave my deposition on October 22, I was not aware of this information. I am including it here for completeness."

Taylor said he first reported that new information through the State Department's legal adviser, and then through attorneys for both House Republicans and Democrats.