The unbearable wrongness of William Barr 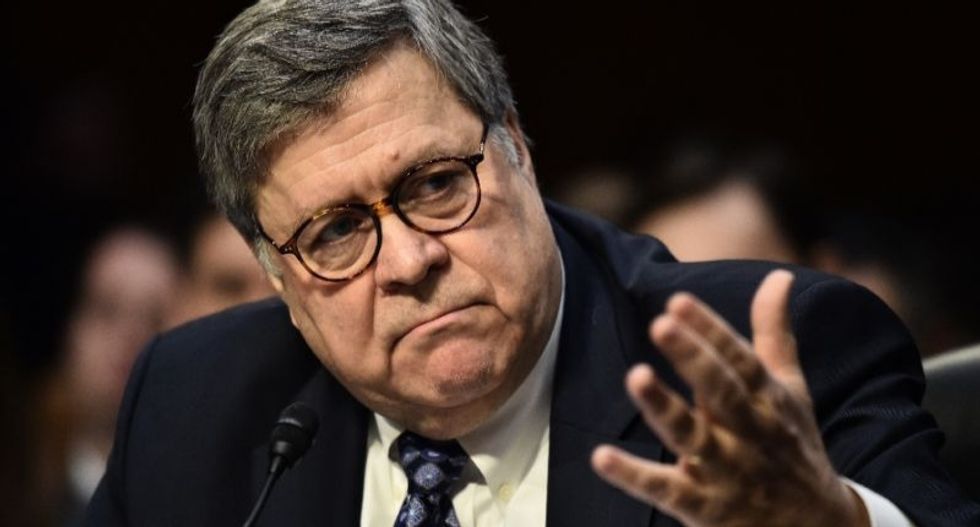 Last month, in what Jeffrey Toobin called “the worst speech given by an Attorney General of the United States in modern history,” Attorney General William Barr offered a lecture at Notre Dame Law School in which he denounced secularism as a “social pathology” that destroys the “moral order.” After blaming secularists for a host of contemporary problems — including depression, drug overdosing, and violence — Barr explained that without belief in a “transcendent Supreme Being” and adherence to “God’s eternal law,” the “possibility of any healthy community life crumbles.” Unless we follow “God’s instruction manual,” he sermonized, there will be “real-world consequences for man and society” — consequences that are not pretty, but quite grim. For without religion, there can be no “moral culture” and society will inevitably fall prey to humanity’s “capacity for great evil.”

This artricle first appeared in Salon.

Such hackneyed assertions are not new. Pious people of power have been scapegoating the non-religious for centuries, characterizing non-believers as threats to the nation, and declaring that without religion, there can be no moral social order. And like those before him who have made such claims — from Newt Gingrich to the prophet Muhammed — William Barr is wrong.

When lots of people in a given society stop being religious of their own accord, such organic secularization does not result in the evaporation of morality in society, nor national decay. For instance, the most secular countries in the world today fare much better on nearly every measure of peace, prosperity, and societal well-being — including infant mortality, life expectancy, educational attainment, economic prosperity, freedom, levels of corruption, and so forth — than the most religious countries. In fact, those countries with the highest murder rates — such as Jamaica, Honduras, Guatemala, Colombia, and Brazil — are extremely religious, while those countries with the lowest murder rates — such as Iceland, Canada, Slovenia, Norway, and the Netherlands — are among the most secular nations in the world. Heck, Singapore and the Czech Republic are among the least religious nations on earth, while Brazil and the Philippines are among the most God-worshipping, yet the latter’s murder rates are over ten times higher than the former’s, and the crime rate of never-been-Christian, strongly secular Japan is 80 times lower than El Salvador’s, a Catholic nation neck-deep in worship of Barr’s “Supreme Transcendent Being.”

Of course, such correlations don’t prove that secularism causes these more positive outcomes experienced by less religious societies. But they do knock the knees out of Barr’s thesis that secularism is a destructive force. For if secularism resulted in moral deterioration, then highly secular societies would be decaying bastions of crime and misery, while the strongly religious would be shining beacons of liberty and harmony. But we find just the opposite reality: the nations with the best overall quality of life are among the most secular countries in the world. And while numerous factors account for the differing degrees of societal well-being — factors that have nothing to do with religion or secularism — that’s exactly the point. Societies thrive or fail because of their social policies, laws, economic opportunities, civil institutions, and government regulations — not because of their faith in God, or lack thereof.

Historical analysis is also relevant. The so-called “rise of the nones” has occurred over the last five decades, with both God-belief declining and the percentage Americans claiming no religious affiliation skyrocketing, from less than 5% up to 26% today. And yet, over the course of those same decades, America’s poverty rate has precipitously declined, and the national violent crime rate has gone down by 51%! Clearly, secularism isn’t the hindrance to moral social progress Barr would have us believe.

At the individual level, while religiously-active people do volunteer and donate more money to charity than their secular peers — at least in the US, if not elsewhere — secular people are notably moral in other ways; they are, on average, less racist, less ethnocentric, less homophobic, less militaristic, less authoritarian, and less likely to hit their children than their religious peers; they are also more likely to support women’s equality, reproductive rights, sane gun control, death with dignity, animal welfare and efforts to fight climate change. Finally, atheists are significantly under-represented in prison.

But how can secular people be moral if they don’t believe in God? Easy. Contrary to Barr’s perspective, morality did not start with the Bible. Human communities began constructing ethical codes of conduct long before the world’s major religions arrived on the scene. And that’s because morality first developed during our long evolutionary past, when cooperation, honesty, and altruism increased group survival. Concomitantly, our brains long ago developed neurological pathways and peptides that enhanced our ability to be empathetic and compassionate — the two fundamental cornerstones of a moral orientation. We’ve also learned how to treat others through socialization and enculturation. And our innate ability to think, reflect, and reason has consistently led most of us to the basic, universal ethical principle that we ought to treat people the way we ourselves would like to be treated.

Although religion preaches many moral precepts, it by no means holds a monopoly on them. Ethical life abounds well beyond the confines of church, Bible, and belief in gods. Those who actively scapegoat the secular as pathologically immoral are purposefully spreading fear, and division — and in so doing, violate the very moral orientation they claim to champion.