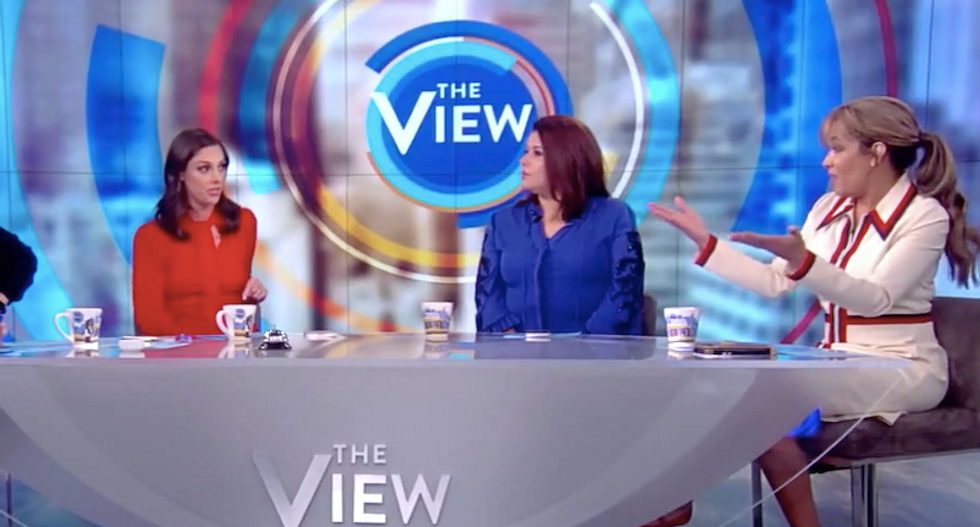 "The View" co-host Abby Huntsman complained that House Speaker Nancy Pelosi had tainted the impeachment process because she was unable to wrangle one Republican vote, and her colleagues set her straight.

Huntsman has favored an impeachment inquiry into President Donald Trump's actions against Ukraine, but she didn't like how the vote played out on holding public hearings.

"What happened was exactly what Nancy Pelosi didn't want to have happen," Huntsman said. "It was a totally partisan vote. You have to get one Republican to come on your team."

"I want this to happen, I want to see the public proceedings and it's important for this country," she added. "I think the leadership among the Democrats in this House did an abysmal job, because half of it is convincing Republicans, and 19 of them are retiring. They have no reason not to vote yes on this, to say, let's see what happened."

Huntsman said impeachment would be "dead on arrival" in the Senate because Pelosi couldn't attract any GOP support -- although none of the panelists mentioned that Rep. Justin Amash (I-MI), who until recently was a Republican, joined the Democratic majority.

"I have spoken out about this from the beginning," Huntsman said. "I think it looks terrible, this call. If I'm Republican, I actually would have voted yes, as well, but I do think this partisan divide is not a good look."

Co-host Sunny Hostin pointed out that two Democrats -- Reps. Jeff Van Drew of New Jersey and Collin Peterson of Minnesota -- voted against the impeachment inquiry, which she said undercut Huntsman's complaints about partisanship.

"The Republicans voted only on party lines and the Democrats didn't," Hostin said. "So that actually shows the opposite."