This is the energy executive who first exposed Trump's Ukraine scandal: report 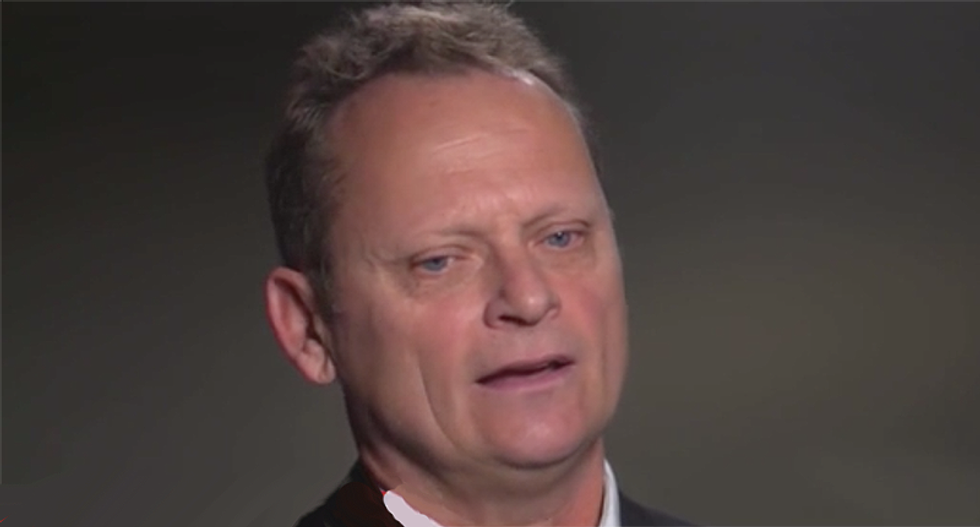 "You probably don’t know Dale Perry, but history may record this energy executive as one of the first who sounded the alarm about what would become President Trump’s impeachment inquiry," said Griffin. "In April, Perry’s former business partner Andrew Favorov, now a director at Ukraine's state-owned gas company Naftogaz, says two shady characters had approached him, with a secret management plan to take over the management from the inside. Those two shady characters Lev Parnas and Igor Fruman, are two low-level, Soviet-born businessmen from south Florida. And they were trying to clear the way for their own gas business."

The CEO at the time had just finished spending five years trying to clean up the company's corruption problem, and he supported Marie Yovanovitch, who Trump had already decided, needed to be removed.

"What they said was they are removing her, and it’s been agreed at the highest level of the U.S. government," Perry said. "In other words, they were suggesting that President Trump had already agreed that yes, they would remove her."

The CEO took it as a shakedown.

"He said, 'Either I join them and become the CEO or they’re going to find someone else to be the CEO and remove all of us,'" Perry recalled.

Perry wrote a letter that eventually reached the state department, but it was probably too late. Yovanovitch was removed, "stunning anti-corruption officials in Ukraine."

"I became aware of an effort by Rudy Giuliani and others including his associates Lev Parnas and Igor Fruman to run a campaign to smear Marie Yovanovitch," Deputy Asst. Sec. of State George Kent said in his opening statement during the hearing.

Giuliani was already ranting about a conspiracy theory at the hands of Joe Biden and his family. Meanwhile, he was ousting anyone involved in ridding the Ukraine of corruption so he could start his own gas company.

Former federal prosecutor Kenneth McCallion said he'd seen it before, and it all goes back to money.

"It’s not about the Bidens. It’s not about a DNC server being hidden in Ukraine. It’s really about the money. It’s a fight for control of Naftogaz and resources," said McCallion.

Watch the full report from Griffin in the video below: