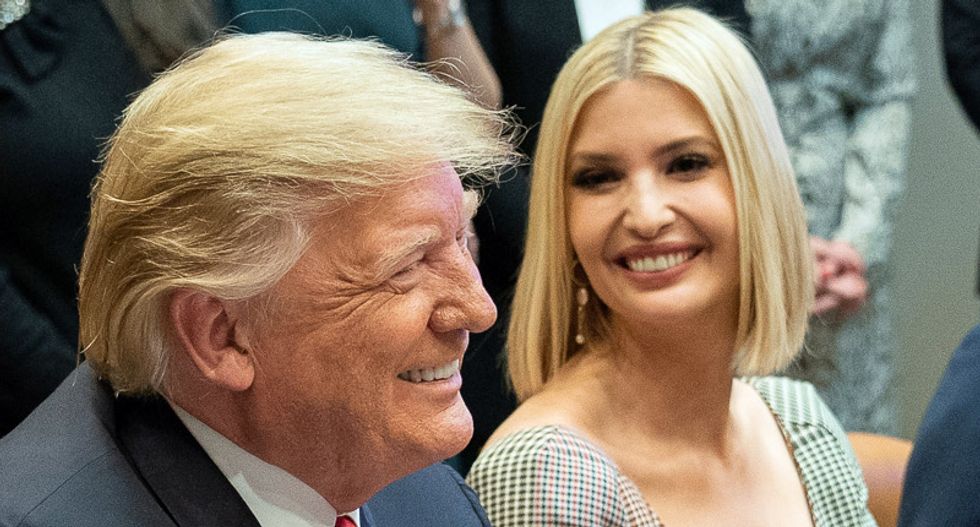 While speaking to the Economic Club of New York on Tuesday, President Donald Trump praised his daughter Ivanka, who he claimed had "created 14 million jobs."

Trump then gave Ivanka Trump credit for the jobs.

'My daughter, Ivanka, that’s all she wants to talk about," he said. "I say, 'Ivanka, can we please talk something about.' [Ivanka replies,] 'No. I met with Wal-Mart.'"

In a February fact check, CNN disputed the notion that Ivanka Trump created "millions of jobs."

"It's simply not true that Ivanka Trump has 'created millions of jobs,' as her father claimed," CNN reported at the time.