‘Trump has cheated since he was 20 years old’: Biographer warns the pattern will continue in 2020 race 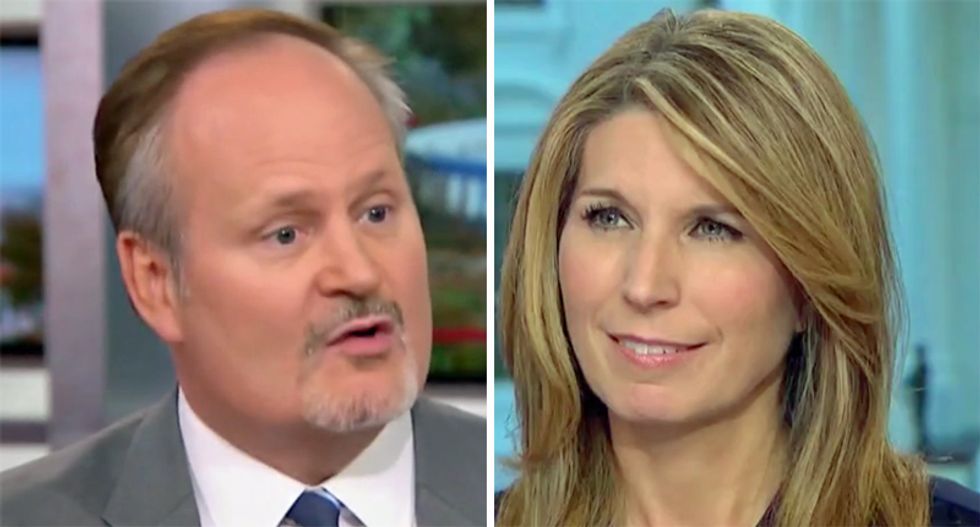 At the center of the impeachment inquiry into President Donald Trump is the issue of the administration seeking foreign election interference to essentially "cheat" in the 2020 presidential election.

Trump biographer Tim O'Brien, who wrote the 2005 book TrumpNation: The Art of Being the Donald, told MSNBC anchor Nicolle Wallace on Wednesday to expect the president to continue seeking to cheat in his re-election bid.

"Can you imagine any scenario where Republicans are forced by the fact patterns, by public opinion, to call down there and say we’ve got to censor you, we’ve got to do something," Wallace asked.

"I think more evidence has to come out that’s damning," O'Brien replied.

"We have talked a lot about how Trump has gotten control of the GOP and that Fox is essentially his propagandists," he noted. "What’s common to all of that is they all live in this reality distortion field and that’s classic Trump. You deny facts. You deny what’s right in front of your face. You end up with these absurdities of Lindsey Graham (R-SC) saying I am not even going to read the transcript, I don’t care about the fact, but I am going to damn the whole process all along."

Wallace noted it appeared Trump was "incapable of winning without cheating."

O'Brien said, "Donald Trump has cheated since he was 20 years old. Donald Trump is a 73-year-old man. He’s been doing this for 53 years."

"What you see in these transcripts is what Donald Trump did in real estate. It’s how he rolled in Atlantic City. He was in business with mobsters in New York and Atlantic City. He admires people who are thugs. He surrounded himself with people who have thug-like profiles, whether it’s Corey Lewandowski or Rudy Giuliani or Steve Bannon. He likes guys who talk the talk," O'Brien explained. "That’s not going to change."